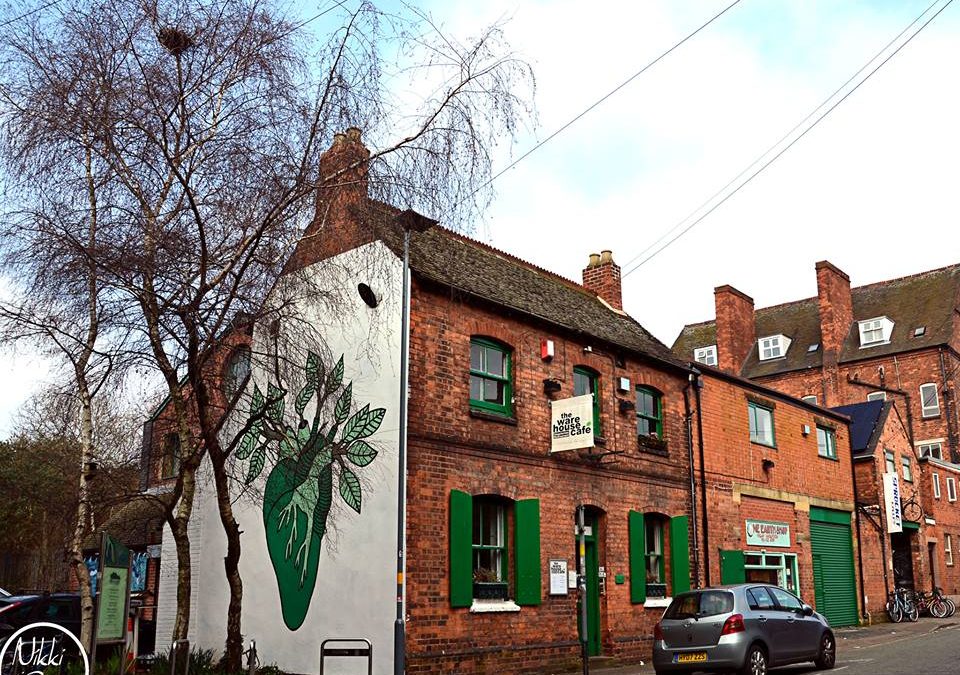 This summer marks three years since The Warehouse Café’s current directors reopened the doors to the city’s original vegetarian eatery, and now we’ll be able to celebrate by popping a bottle of vegan champagne! Our application for an alcohol license was a success and we’re very proud to be introducing a new drinks menu over the next few weeks.

It was important to us when making these plans to stick to an entirely vegan range of alcoholic drinks, while keeping suppliers as local as possible to minimise environmental impact. Real ale and craft beer drinking Brummies should be pleased to hear that our beers will be supplied by local brewers Two Towers. As for our wines, independent merchants Underwood Wines are based in nearby Stratford-upon-Avon, and we think you’ll love their vegan range (we certainly do)!

In case you’re wondering what makes a beer or wine vegan, here’s a technical rundown. Whilst the main ingredients of beer consist of hops, barley malt, yeast and water, and wine is of course only grapes, it is in fact during the filtering process of these products where the non-vegan part usually comes in. For beer this part of the process is usually only reserved for cask ales, where brewers use finings to clear away excess yeast suspended in the beer. Finings are also used in the production of wine in the same way. Animal-derived products used as fining agents include gelatin and egg albumen, but the most commonly used fining is isinglass, a form of collagen obtained from fish bladders. Finings don’t remain in the finished product, but by choosing wines that use finings that are not animal-derived, such as Irish moss, we minimise animal exploitation and adhere to the core principles of veganism.

We’re so excited to be starting a new chapter in our continuous quest to show Birmingham and beyond just how varied and interesting the vegetarian lifestyle can be. Join us for a vegan-friendly glass soon!