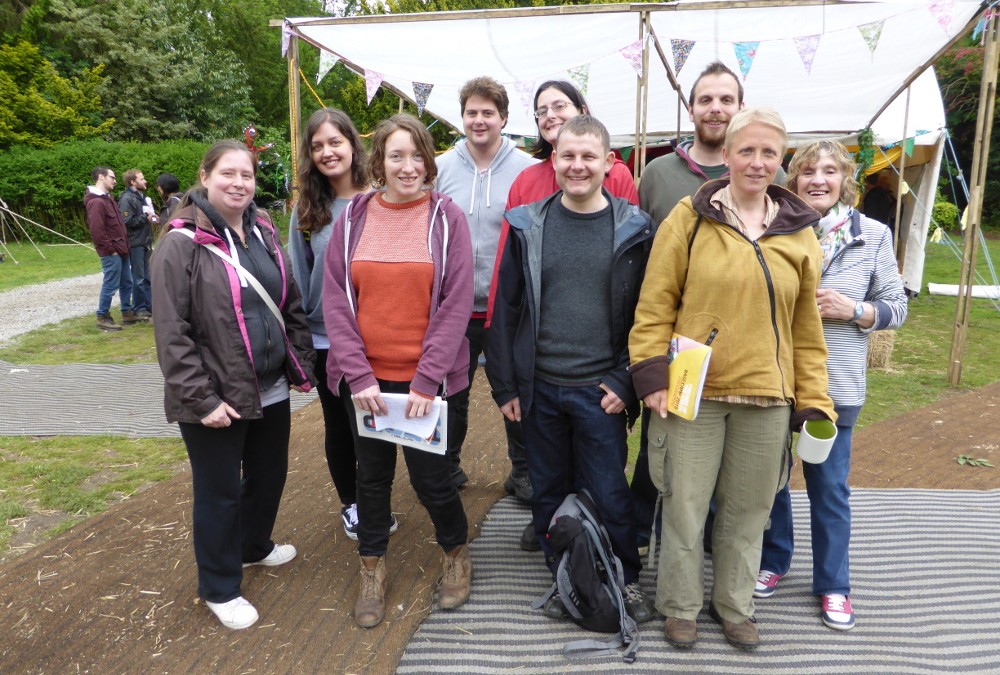 I had been looking forward to my first trip to Basecamp and I was not disappointed! Situated in the picturesque Castleton, Derbyshire, I could not think of a better place to hold this annual gathering. It brought together people from all over the world each with their own story to tell.

Friday night provided the perfect opportunity to catch up with fellow campaigners, whom I had not seen in a long time. We sat outside in the warm evening with a locally brewed cider, which definitely set the tone for an amazing weekend.

The rain on Saturday could not dampen the mood and energy of Basecamp. There was so much to do that I found it hard to decide: film screenings, discussions, workshops and crafts. I took part in a variety of discussions from TTIP (Transatlantic Trade and Investment Partnership) to sustainable diets.

I picked up some useful advice in the workshops and my interview skills were put to the test during the media workshop. The ‘how to lobby your MP’ was very useful and I will be using tips from that when lobbying the Council.

The Real Junk Food Project returned to Basecamp this year and produced a tasty dinner from food that would have otherwise ended up in the bin.

At the Earthmover’s Ceremony on Saturday night we celebrated the past year’s achievements of campaigners.  After the ceremony, the party began with a lively reggae band that kept the party going till midnight.

The evening’s entertainment did not end there. There were stories and songs around the campfire, which was a relaxing end to a busy day.
I took advantage of the good weather on Sunday and started the day with a guided walk exploring the local area.

Back at camp there was no time to lose; there was so much I wanted to do before I had to go home. There were more discussions and workshops to attend.

Basecamp also provided an opportunity for children to engage with environmental issues through a range of activities, which included crafts and music. The children put on a flawless sketch at the end of Basecamp highlighting the importance of businesses to invest in renewable energy.

I’m already looking forward to the next Basecamp!