As part of my work as a BFOE volunteer working on the FinalDemand campaign, this week I attended a consultation event on delivering theGreen Deal in Birmingham, organised by the pioneering Birmingham Energy Saversproject. 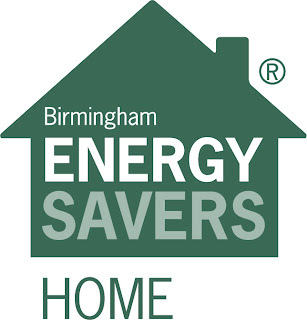 In a nutshell, the Green Deal is a new government initiativeaimed at reducing people’s energy use, thereby reducing their carbon emissions andalleviating fuel poverty, as well as creating jobs, in one fell swoop.
Through the scheme, people are able to improve the energyefficiency of their homes without having to pay for the costs upfront. Loft-and cavity-wall-insulation and efficient boilers are among the measures thatcan be taken to reduce energy wastage in the home, which of course reducesenergy use. The work is paid for through people’s fuel bills, but with the ‘GoldenRule’ of the Green Deal – that the cost of the retrofit will not be more thanthe savings made on the bills – a net saving is still made.
Birminghamis the first local authority to be offering the Green Deal. Birmingham EnergySavers (BES) is a city council initiative which offers solar pv installations andenergy advice to the people of Birmingham,aiming to reduce the city’s carbon emissions and create local jobs. Amazingly,it is the second largest refurbishment programme in the world!
BES is currently gearing up to start delivering the GreenDeal later in the year when it goes live. Already they have conducted pilottests and been finding partners to work with. Right now they are hammering outthe finer details of how the real deal will work – and that is why theyorganised the consultation event that I went to.
The event was attended by a varied bunch, including housingassociations, energy companies, consultants, contractors, renewable energycompanies, councillors, business people – and BFOE! 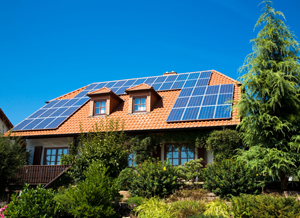 We started with a presentation explaining the project andsome of the potential problems it may face – such as the numerous very oldproperties that don’t meet the required standards. For example, some Victorianhouses only have one wall layer, so can’t have cavity wall insulation (as they haveno cavity!). I was pleased to hear that extra subsidies may be available forthese houses.
We then broke out into three focus groups. BES asked us all forour input on three areas, to feed it into their continuing development of theproject. Firstly my group focused on behaviour change – why it’s important,what can be changed and what resources are needed. With a representative of ahousing association in our group, we spent some time discussed potential problemsof offering the deal to social housing tenants, in particular peoplequestioning why they have to pay for the work themselves – should the housingassociation not provide them with energy efficient homes in the first place? 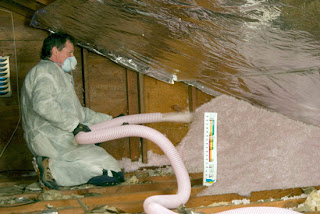 We all acknowledged the need to maintain a dialogue with ‘customers’,providing ongoing support rather than simply going in, doing the work, and thendisappearing. This could be done with six-month follow-up consultations. Withthe installation of solar pv panels that provide free electricity, there is adanger that some people may actually become more frivolous with how they use thatelectricity. Smart meters – which allow people to clearly see how much energythey are using – may be a good way to engage people with how much energy theyare actually using and encourage them to be more careful with it.
Our group then moved on to discuss customer satisfaction. Havingwork done on your house can be extremely disruptive, and if a house is having afull retrofit the tenant may have to move out of it while the work is beingdone, so ensuring minimal disruption is a high priority for ensuring customersatisfaction. We suggested that complimentary services such as free storagespace may help to make the process smoother.
We agreed that the energy advisor making the initial contactwill need to be multiskilled to put the customer at ease, explain the technicaldetails but not present the work as a ‘sale’, as this may be off-putting forsome people and even arouse suspicion of the scheme. A national website andhotline will be provided for people to follow up on the initial visit and confirmthe project as bona fide and not a scam.
Finally we discussed awareness-raising and engagement. Webuilt upon the previous discussion of potential suspicion, and agreed that clearendorsement by Birmingham City Council and/or central government was requiredto put people’s minds at ease that the project is for real
I raised the point that in communicating with people about thescheme, the environmental message needs to be as strong as the financial one. Formany people it will be the financial incentive that attracts them, but the reasonthe deal exists is to reduce carbon emissions and that message should not belost. If it is then a precious opportunity to raise awareness of the directlinks between day-to-day behaviour and climate change would be lost. Some peoplewill also be attracted by the environmental incentive too, so there is a needto understand people’s drivers.
I found the consultation interesting and informative, and itwas great to be representing BFOE ‘out there’. It felt like a responsibilityand a privilege to be championing the green perspective and engaging withpeople with very different perspectives, such as business, housing and evenenergy (I was sat next to a man from one of the big six energy companies, whowe are currently campaigning against with our Final Demand campaign!). This wasboth challenging and enjoyable, and felt very necessary.