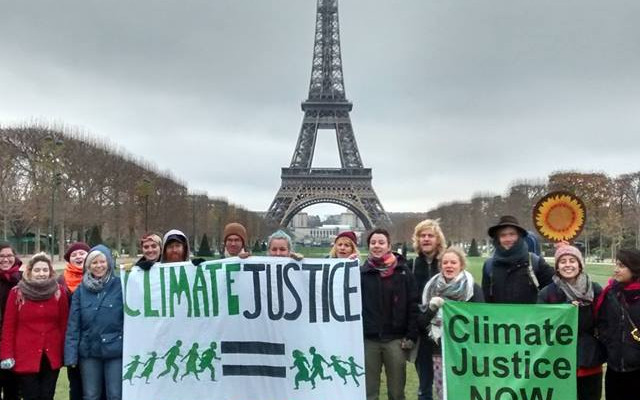 There is a humanitarian crisis going on. Millions of people around the world are being forced to flee their homes, undertake perilous journeys and find themselves in desperate situations that most European countries seem to view as an inconvenience they would rather look away from. But is it an environmental issue?

Young Friends of the Earth Europe is launching a new campaign titled Climate Justice = Open Borders. At the summer camp I attended in Scotland this summer, we discussed the concept over sessions that were at times tense, contentious and overwhelmingly harrowing. It is abundantly clear this is an immensely complex issue that needs to be approached with utmost sensitivity. Yet I believe that as climate activists we have a moral obligation to challenge our governments on the humanitarian crisis that is forcing migration today.

People are still talking about climate change as if it is a future problem; all those references about saving the planet for our grandchildren and future generations. But climate change is happening now, and we are already seeing the impacts on millions of dispossessed people in the global south. One of the main contributory factors to the civil war in Syria was a major drought, but this often seems to get forgotten in mainstream analysis. As extreme weather conditions further destabilise regions, as food insecurity grows, this crisis will continue to grow.

There aren’t any easy answers. We need to be saying that refugees are welcome here but also that it would be better if nobody felt so desperate that they had to leave their home. We need to be calling out our governments on their divisive anti-immigrant rhetoric and policies because this is a crisis forged from extreme inequality and our own privilege. But we also need to be challenging ourselves within the environmental movement to stop talking about parts per million and ‘future generations’ and start talking about the reality of the world today. It’s not enough to feel sorry for the plight of refugees; we need to be fighting the systemic causes enabled by our own governments. That’s what international solidarity means. That’s what climate justice means.