Confronting our privilege: Why it’s hard and why it’s important 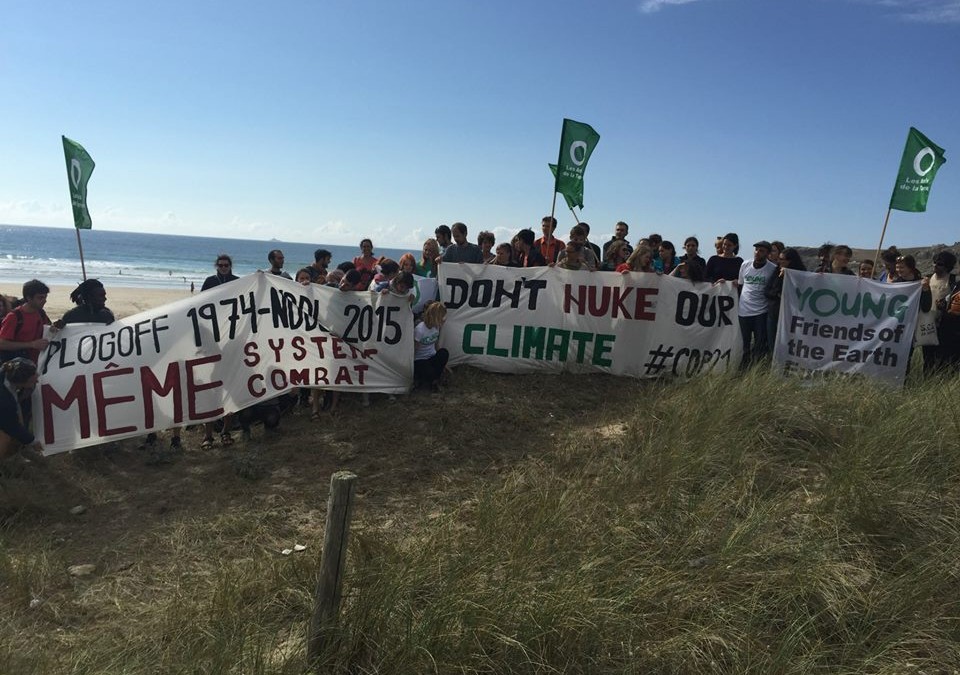 Intersectionality and the implications for environmental activism is something I’ve been grappling with for a while. The study of intersections between forms or systems of oppression, domination or discrimination, the theory suggests that various axes of identity interact on multiple and often simultaneous levels, contributing to systemic injustice and social inequality.

Intersectionality holds that the classical conceptualizations of oppression within society do not act independently of one another. Instead, these forms of oppression interrelate, creating a system of oppression that reflects the “intersection” of multiple forms of discrimination. That’s what you can find out about the term on Wikipedia.

But the Young Friends of the Earth Europe Summer Camp in July this year put the issue of intersectionality front and centre in a way that I have never encountered in the environmental movement. We explored what privilege meant in a personal and challenging way. Sometimes this meant a difficult atmosphere, with controversial views aired and high emotions. It was intense, I believe, cathartic and necessary, but uncomfortable. Really thinking deeply about our roles in systemic oppression is a difficult thing to do.

On top of that, most participants were communicating in a language they were not fluent in. Language makes a massive difference. Some people couldn’t adequately express what they wanted to. Some misinterpreted things. Others held back from contributing for fear that their language skills would not enable them to communicate effectively. We were also a diverse group in terms of cultural background and familiarity with the issues. Some of us had been studying intersectionality for a long time, while others had never heard the term. A number of us were also sleep-deprived and suffering the aftereffects of French red wine. This stuff is hard – and external factors have an effect.

For my part I found conversations helpful in understanding how to respond to these issues. For those of us coming from situations of comparative privilege, it can be difficult to know what to do for the best. Millennia of systemic structural injustice can weigh heavy. It is important to acknowledge this and move past paralysing guilt. It’s not about individuals, it’s about systems.

The most important thing I took from the week is that it’s OK to make mistakes, that we need to keep actively trying to engage with the subject, that it’s an ongoing process where you ‘start and never stop’ as one participant put it. No one person has all the answers, we all need to strive to do our best and be open to getting things wrong, be prepared to listen and to take feedback on board. That’s a hard thing to do, but if we want a movement that truly encompasses justice and equity, it’s the most important thing we can do.