Confusion reigns in the planning committee

Well, I’ve been to a few planning committee meetings in my time, but never anything quite like this.

All the councillors on the committee wanted to save the lovely Island House from demolition. There were some excellent speeches both from those who opposed it from the floor and from councillors, particularly Clancy, Smith and Henley. However, the planning officers seemed determined that there was nothing they could do. The hearing today was only over whether they should have to approve the method of demolition and then what is done afterwards.

There were proposals to say they should agree they need to approve it, but then not approve the conditions for 8 weeks to allow more time for building a case against demolition, but this was another of those cases where the council feared legal costs from a challenge by the developer, so they chickened out. 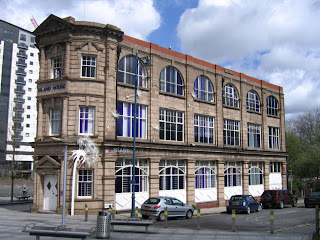 The biggest saving grace that should play in favour of saving this historic building is a section 106 agreement which the developer signed with the council that they had a duty to retain and renovate it. Follow this link to the consultation or search for 2012/00182/PA on the Birmingham City Council planning website – it is  now taking comments as to whether they should alter this agreement on retaining the building and will close on 6th Feb.

Scaffolding is going up around the building as I type, so who knows what will happen in the next few days. Will they just knock it down and pay whatever fine the council imposes? It probably wouldn’t be a huge amount for a developer.

Accountability around planning in this country seems rather muddled and it seems agreements are struck behind closed doors that even democratically elected members are unable to do anything about. I hope that the developers don’t just rise roughshod over public opinion and legal agreements, but nothing would shock me.