Gathering together the Midlands family

On Saturday, we had our regional gathering for FoE campaigners in the West Midlands.

As always it was a great opportunity to swap stories, exchange knowledge and tips or just generally moan about the bad things going on with the environment.
Our biggest campaign at the moment is Final Demand, so we had Donna Hulme up from London to give us some detail on the plans for how that will develop, as well as explaining what’s going on with FiTs – why the government wants to kill the solar industry. 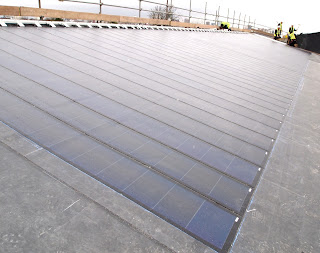 The question I really wanted to put was how we counter the arguments put by Monbiot that solar can’t deliver very much and is a tax on the poor for middle class people to get eco-bling. The answers were very convincing and it’s a bit puzzling that Monbiot has refused to have a public debate on it, as our policy team are very confident they would be able to counter any points he makes. This blog post by Alan Simpson does a good job of it, but a few quick snippets of solar’s positives are:

My understanding has also been much improved by the emphasis that it’s not just the rate which is the problem with the government’s tinkering, but having to have band C energy performance, which takes out about 90% of the housing in this country. That makes far less sense for generating electricity than for heat, but there’s no connection with the Renewable Heat Incentive and efficiency.

We also spoke about new campaigns on biodiversity and greener products, but these campaigns are still in development and also had a session where we looked at lobbying MPs.

On a lighter note I also won some chocolate for the following pretty awful limerick – it was the only entry in the poetry competition:

Chris Huhne’s sped away from DECC
Where he was always a pain in the neck
He tried to kill solar
And melt all the polar
Icecaps, but his plans were wrecked.