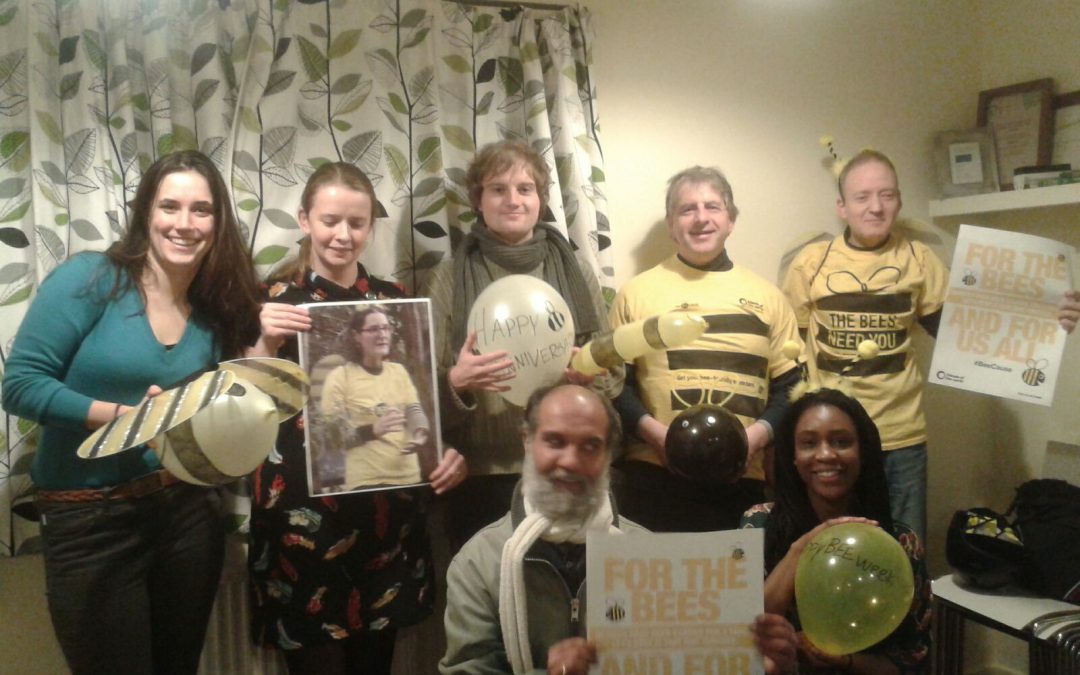 Even though bees hibernate in winter it doesn’t mean we can’t throw them a party, does it? Well, that’s what we did. The week of 28 November we celebrated the three year ban on neonicotinoids (neonics) in the UK. Neonics, used as a pesticide on for example oilseed rape, is dangerous for bees. The pesticide affects bees’ brains and make it harder for them to pollinate safely and find their way back to their hive.

So on the third anniversary of the ban we threw a party to celebrate, leading up to this we did an awareness campaign on social media (if you haven’t followed us on Instagram yet do so @Birmingham FOE). We presented the top five spotted bees from the Great British Bee Count that BFOE took part in earlier this year. If you missed it, here are the top five most spotted bees in the UK summer of 2016:

During the week-long celebration we shared information about these bees as they all have different characteristics. Did you know for example that there is a cuckoo bee just like the cuckoo bird? Or that the Tree bumblebee is the newest addition to the British bee population and was first sighted in the UK in 2001? If you want to know more about the most spotted bees and what they do in winter, make sure to check out our Nature page on our website birminghamfoe.org.uk.

If you want to attract bees to your garden in 2017 make sure to have some of the following flowers: Cotoneaster, Lacy phacelia, Ceanothus, Buddleja and Wisteria. These were the top flowers bees were spotted pollinating.

We need our bees and the bees need us to make sure they can stay safe and healthy. Join the celebration and tell your MP to back the ban of harmful pesticides today! https://act.foe.co.uk/act/ask-your-mp-back-ban-bee-harming-pesticides