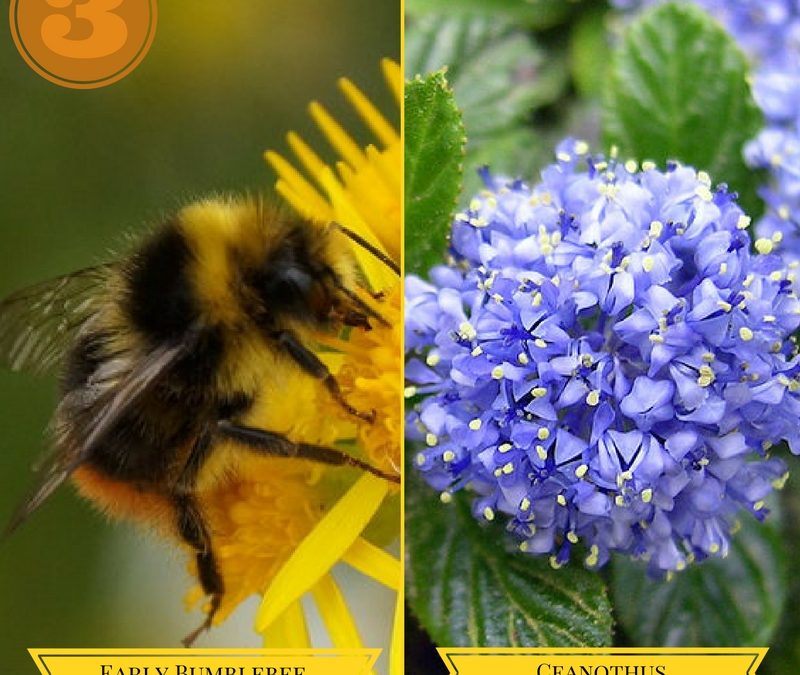 THE 3rd MOST SPOTTED BEE was the Early Bumblebee which is the smallest of the common bees in the UK. As the name suggests it emerges from hibernation in early spring, usually sometime between March and May. The Early Bumblebee is widespread and can be seen throughout UK.

The Queen can be up to 17mm long, the drones 11- 13mm long and the workers are 10-14mm long. It is quite easy to identify, however, the colouring vary among them. Usually an Early Bumblebee has a dark orange tail and yellow band on its thorax and abdomen, worker bees might not have a yellow band on their abdomen, alternatively they have a couple of yellow hairs. The worker bees will be notably smaller than the other foraging worker bees in springtime. The males have a broad band of yellow on their thorax and yellow hairs on their head.

Nesting places vary from a hole in the ground, under rooftops to unused Bird Boxes. The colonies grow to approximately 100 bees and in the south of England it is common that two generations are reared in one summer. The lifecycle of the nest is only 14 weeks which is short, therefore they have time to rear two generations, even three generations have been recorded.

It is not a picky eater and feeds from a range of different fruits and flowers, for example Ceanothus, dandelion, comfrey, raspberry and Erica.

THE 3RD MOST POPULAR PLANT was ceonothis.