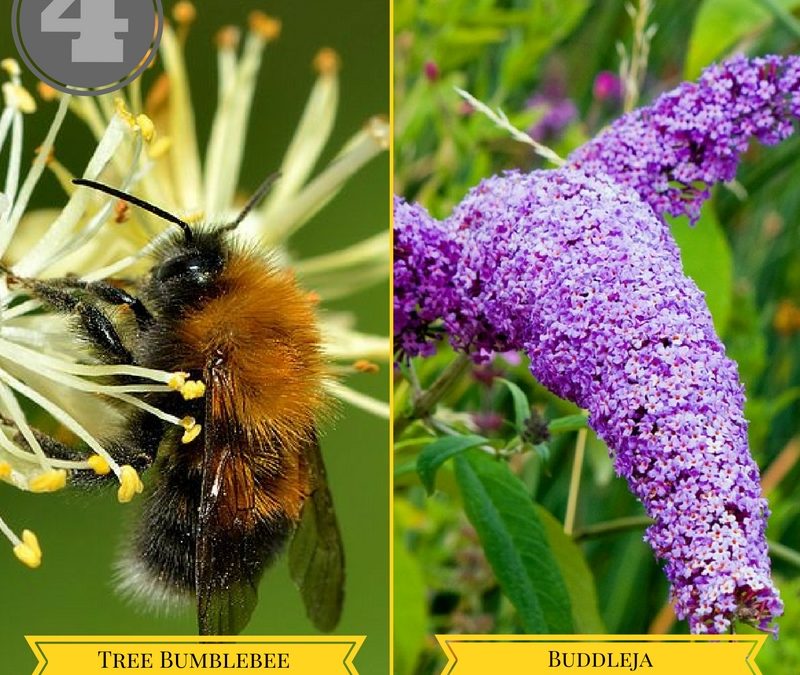 THE 4TH MOST SPOTTED BEE is the tree Bumblebee which is a new addition to the British bee population. The first sighting of a Tree Bumblebee was in Wiltshire in 2001 and since then Tree Bumblebees have been sighted from south of England to the south of Scotland. It originates from Asia and mainland Europe.

The Tree Bumblebee is easy to identify as it always has a ginger thorax, a white tail and the abdomen is black. The Queen bee can be up to approximately 20mm long whilst the drones (males) and workers (females) are about 10-16mm long. A colony can consist of up to 300-400 bumblebees. It is not an aggressive bee but they will defend themselves if they think that their nest is in danger.

This new bee species have spread rapidly in the UK and it is thought to be thanks to all the Bird Boxes around as it likes to nest in these or tree hollows, hence the name, and is therefore also common in urban areas. The fact that it nests in bird boxes has caused many phone calls from worried people that there is a bee swarm on their property. Tree Bumblebee queens have even been recorded evicting Blue Tits from nests to then re-use their nest. Other locations it chooses to nest are under roof tiles, soffit boxes and house eaves. It have even been found nesting in tumble drier vent pipes!

It is most likely to be seen from March to July (but can be seen later in the year) and is therefore one of the first bumblebees to come out of hibernation in spring. Because it is so early, some scientists say that it has been a positive addition to the British fauna as the bee pollinate orchards where there can be a shortage of bees otherwise. It is known to be highly active and effective pollinators and it is believed that they are filling a new niche in the ecosystem. Others are saying that it is hard to tell if the Tree Bumblebee has had a positive or negative effect, arguing that the Tree Bumblebee competes with the indigenous bees for flowers and nests, leading to them to decline in numbers.

The Tree Bumblebee like all kinds of flowers but if you have raspberry or blackberry in your garden, chances are that the Tree Bumblebee come to visit you. It also likes Cotoneaster, Apple, Comfrey and Chives.

THE 4TH MOST POPULAR PLANT was Buddleja