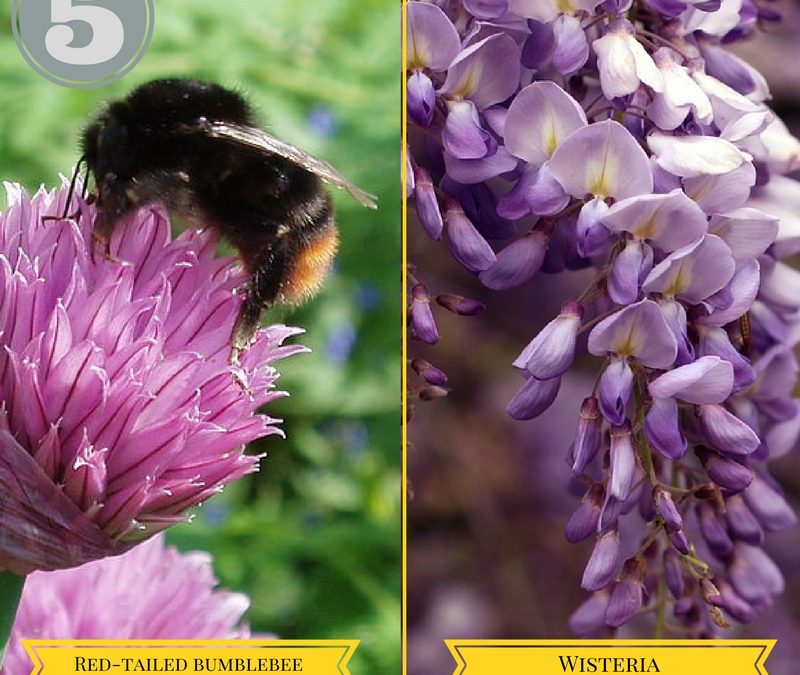 THE 5TH MOST SPOTTED BEE is the Red-tailed bumblebee (also known as Stone Bumblebee or Large Red Bumblebee). It emerges in April and in exceptionally warm springs it might appear during the second half of March.

Queens and workers have a distinctive black body with an orange-red tail. In some cases the queen has a small white-yellow band on the front end of the thorax. Males, workers and queens do not differ much from one another, which is rather unique among bumblebees.
The intensity of this red colour varies from striking deep red through orange to even white depending on how much it has been exposed to sun and rain.

Queens attain a length of 20 to 22mm whereas workers are about 11 to 16mm and males about 14 to 16mm. The old queens, workers and males all die, in the autumn, leaving the newly mated queens to hibernate, usually in the soil.

The colony remains rather small and rarely ever comprises of more than 300 individuals. Normally the nest is built underground but sometimes the nests are found in openings in walls, birds nests or nesting boxes. Their nests are not tidy places like honey bee hives.
In the vicinity of the nest the Red-tailed Bumblebee is more aggressive than most other species of bumblebee and it is quite happy to sting any intruder!

THE 5TH MOST POPULAR PLANT was wisteria!