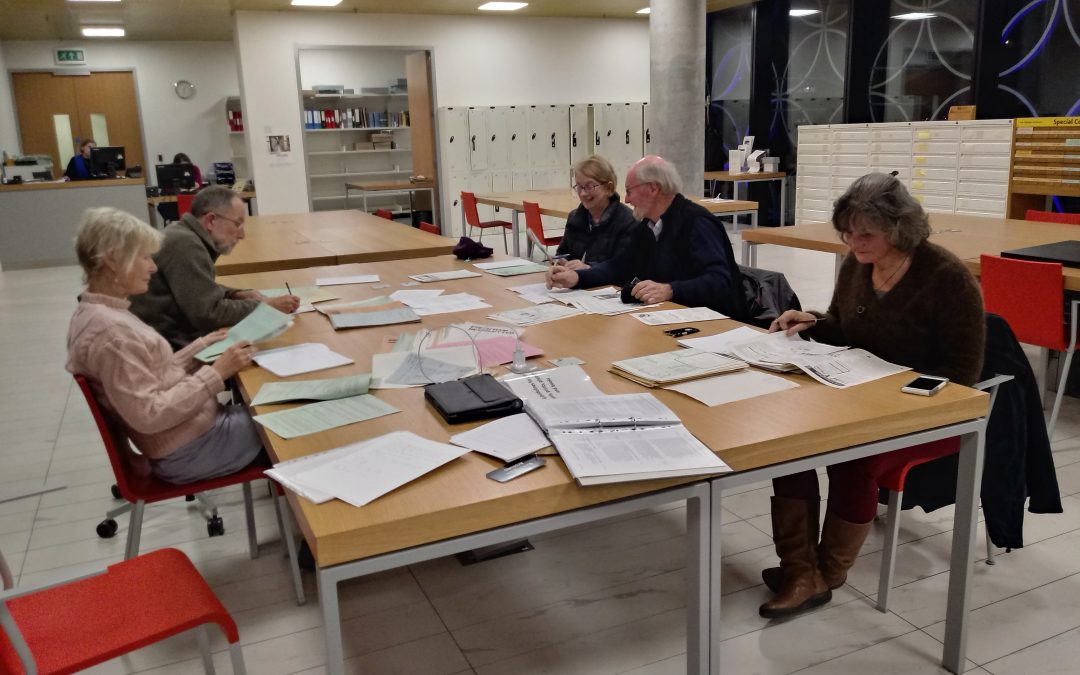 Although the 40th anniversary of BFoE at the Warehouse was the motivating event behind the heritage project, we are of course very interested in what went before. However, for the years prior to 1977 the documentary evidence, within the existing archives held at the Library of Birmingham and lurking in folders at the Warehouse, is exceedingly scant. Nevertheless, with the assistance of personal testimonies and donations of material we are starting to get a clearer picture of how it really all began.

We knew that prior to the move into the Warehouse on 1st April 1977, BFoE activities had been focused at the home of Lynn Roberts in Passey Road, Moseley. There are tales of her house bulging at the seams with waste paper and other recyclables – and concerns over the strength of her ceilings! The house was also the focus for meetings of early campaigners, and for collective purchasing and sale of wholefoods and recycled paper products including loo rolls. Dave Clare, who many of you will remember from his long stint as Warehouse Manager recalls visiting to purchase recycled paper for his school – and still has an invoice to prove it!

Lynn has lived in Australia for many years with her husband Robin but is still in touch with various BFoE members from the early years. She has written an article in collaboration with Val Stevens and Pete Raine which we have published in its entirety on our blog at https://bfoeheritage40.wordpress.com/

In this article she has confirmed that contrary to received knowledge she was not the original founder of BFoE – that honour appears to rest with a New Zealander called John!

As Lynn recalls: “I first joined FOE Birmingham in early 1974 when it met in a private house in Moseley and was co-ordinated by a New Zealander called – I think – John. There was a groundswell of environmental concern with many people from all walks of life wanting to affect policy and do something either on single issues or more broadly against rising consumerism and its effects. A few months later via meetings in a pub John had decided to move back to his home country and it moved to my house in Passey Road.”

So does anyone remember John? I may be a qualified genealogist and used to tracing people so am excited by the challenge; but a few more clues would be helpful! We’ll be starting a social media campaign to try to locate him in the New Year but any suggestions as to his surname or the address in Moseley where the early meetings took place could prove valuable leads.

If anyone has any information please email me at: