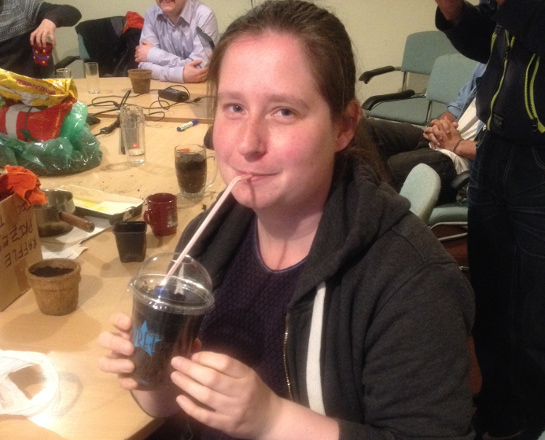 Media coverage can be a bit unpredictable sometimes. You think you have a fantastic story which you is going to get you lots of coverage, but it turns out the media would have been more interested by a story about watching paint dry. Other times you aren’t hoping for a lot, but you suddenly get a shedload of coverage.

Campaign stunts can be a bit hit and miss sometimes; the media often jaded by having seen it all before. This means that you have to be particularly creative for the story to be covered because of the action alone. Our campaign stunt to launch Waste isn’t Rubbish was lots of fun, but I’d be lying if I said it hadn’t been done before. Yet, it got a heap of media coverage.

Our stunt outside the Council House was covered in no less than five media outlets, including the Birmingham Post, Birmingham Mail, Tyburn Mail, Chartered Institute of Waste Management, and the Birmingham Press.

As well as being quoted in these articles, our waste campaigner Libby Harris had a radio interview with Charmaine from the local community radio station, Newstyle Radio. Not only did we get lots of attention, but the coverage did a good job of communicating the issues and our campaign. It really felt like we were leading the debate on resource use in the city.

We talked about our campaign asks of a food waste collection and more composting, more kerbside recycling, and the use of local companies to process our waste. This is as well as the opportunity of the end of the council’s contract with Veolia, and their consultation on a new waste strategy.

As well as the coverage of our campaign launch, I was interviewed on BBC WM about the new plastic bag charge. In addition, our Campaigns Co-ordinator, Roxanne Green, had her first television interview with a slot on Big Centre TV, the new television station for Birmingham and the Black Country.

So, not a bad month for the media, and hopefully we’ll continue finding stories with rich seams of media coverage.