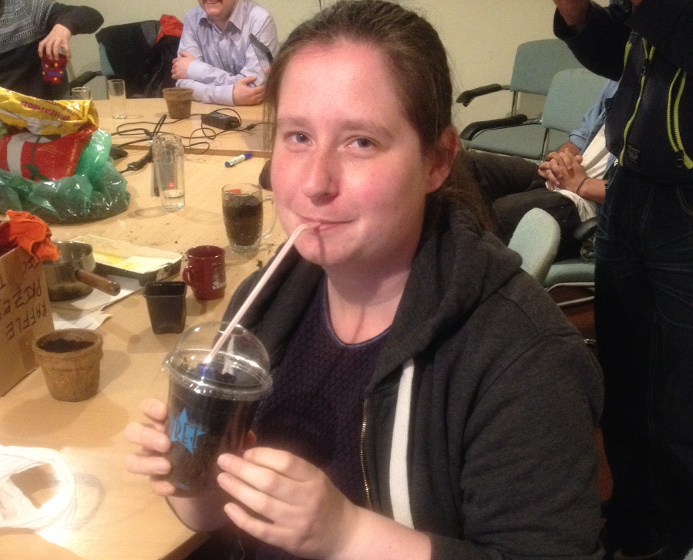 You often don’t get a lot of notice with media appearances. I’ve lost count of how times we’ve been contacted about doing an interview that’s scheduled to take place within an hour or two of the phone call.  It’s often the reason why I’m the campaigner interviewed on behalf of the group rather than someone else.

So it’s nice when we’re given something more in the region of 20 hours’ notice of a media appearance, as happened on for a media interview on 10th June. A journalist at BBC WM had gotten wind of our new Go Local: Waste Isn’t Rubbish campaign and wanted to interview us about the issues around waste, resources and the incinerator.

Up stepped our amazing campaigner Libby Harris and, after some interview prep the night before, we were all set for an early morning trip to the Mailbox. A little after 7am, Libby spoke to Breakfast presenter Adrian Goldberg about the issues with Birmingham’s waste system.

Libby made the case for a greener, more efficient waste system for Birmingham. Libby argued for a food waste collection, collecting as many materials as possible for recycling and re-use, and using local companies to process our waste. She also made the point that if we did this, we would find that we wouldn’t need an incinerator, something which effectively wastes the resources in our waste system by burning them.

Not forgetting context, Libby also talked about why this was such an important issue for right now, explaining that as the Council’s waste contract with Veolia was up for renewal, now was the perfect time to push for a more sustainable waste system.

With a successful interview out of the way it was mission accomplished, and Libby and I headed off to find some well-earned breakfast. If we continue having as much notice as this for media interviews, you’ll hopefully hear a lot more from Libby and other BfoE campaigners in the media going forward!