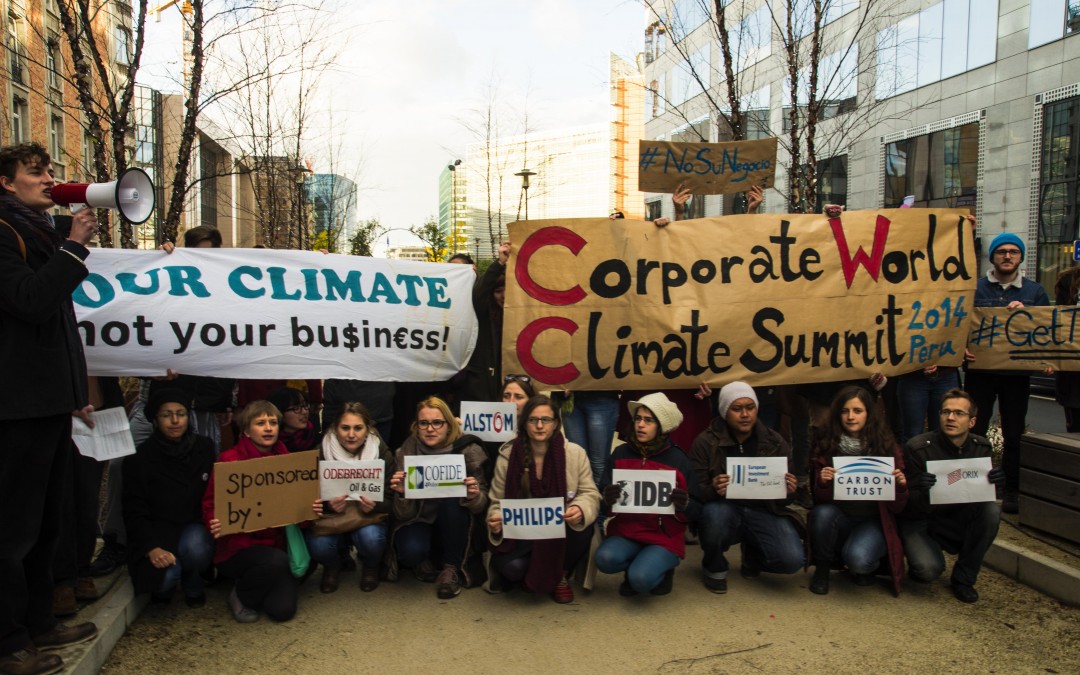 If you’re feeling fatigued and disheartened by the general state of the world, as I was in early December, I can thoroughly recommend joining together with fifty young activists from across Europe for a week of inspiration and mobilisation. ‘Lima in Brussels’, organised by Young Friends of the Earth Europe, was a convergence event bringing together young climate campaigners from fifteen or so countries, aimed at following the UN COP20 negotiations in Lima and planning for the year ahead leading up to the significant talks in Paris in December 2015.

I arrived in Brussels expecting vigorous debate, the sharing of experiences and knowledge while brushing up on my understanding of international climate negotiations. All of that was part of the mix, but what I was perhaps less prepared for was the proto-anarcho-communal way in which the event was run. Hats off to the organising team who made real efforts to abide by a radical democratic method of decision-making, using a variety of techniques and hand signals in order to be genuinely inclusive and consensual.

The best example of this was the day spent planning an action from scratch, when we went through an exhausting process involving large discussions, affinity groups, lots of hand signals and even some second-preference voting for a banner slogan. The final result was the formation of a climate carol-singing flash mob, roaming around Brussels singing a modified version of Jingle Bells with lyrics about greenhouse gases, emissions targets and TTIP. It was a huge amount of fun and got some unexpected media coverage, but the more important point was that everyone felt that they had contributed to the process and had a real sense of ownership over the resulting action.

We engaged in a total of seven actions, protesting outside the European Commission and the European Investment Bank, joining in a torch lit human rights march and involving Brussels’s legendary Manneken Pis in a cheeky photo stunt. It was exciting to be so dynamically engaged and I was impressed with our speed in knocking up a few banners and taking to the streets. Although we did link up a few times with friends in Lima, it was clear early on that the talks would be somewhat lacking in inspiration. The event’s focus was in planning a year of international youth action leading up to next year’s negotiations, and building a strong alliance to stand in solidarity across national borders.

The event was everything you might expect of a large gathering of radical youth with different native languages let loose in an unfamiliar city: chaotic, unpredictable, and at times hugely frustrating. The most apt description on the final day was ‘a beautiful mess’, but despite the unruly nature, it felt genuinely thrilling to be part of such a thriving mass of energy and creativity. With plans well under way to mobilise hundreds of young people to the COP21 talks next year, all I can say is: look out, Paris! 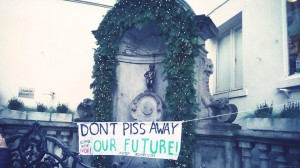