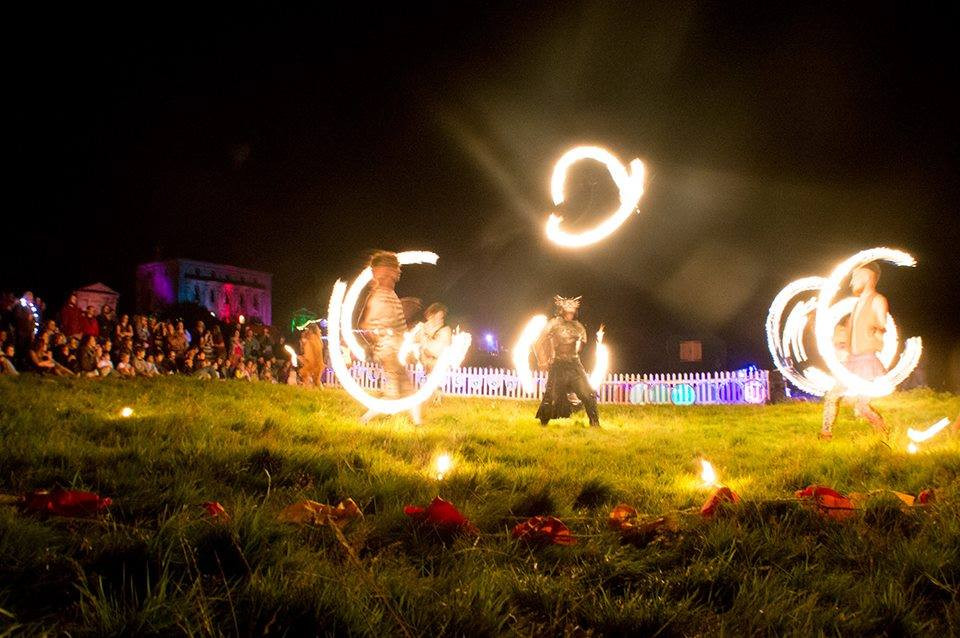 The Green Gathering took place in early August in Chepstow. An old school festival, the strap line was ‘Beyond Hedonism’, suggesting that it has come full circle and is looking to festival roots: no massive sponsors or huge headline acts to draw in punters. This festival is a celebration of all things green and is powered by the sun, the wind and people.

In the amazing crafts area you could try your hand at, amongst other things: copper jewellery making, spinning, blacksmithing, pottery and willow weaving. It was brilliant to see so many people making things as well as being able to buy direct from the maker.

The serene healing area offered massage, reiki, yoga and meditation on offer as well as a calming labyrinth to walk round.

For getting hands-on, the campaigns area included actions such as Spy Cops, the housing crisis, migration support, cooperatives and hunt-sabing. This area also hosted a radical youth space with beatbox, eco-tech, eco projects worldwide and even chess tournaments!

Children were well catered for with a fantastic toddler space, a playground and craft space. One workshop taught how to make lanterns which were later paraded round site.

Of course there were the stages where a mixture of bands, singer-songwriters and comics entertained into the night. A highlight was the 3 Daft Monkeys (go for the name alone!) who, it seemed, got the whole site dancing into the closing night with their infectious world folk jumping rhythms.

So many memories, but those that have stayed with me were, sauna-ing in the back of a caravan, the fantastic film showing of ‘We the uncivilised’ (wetheuncivilised.org Go.And.See.It) and wondering around the twinkling fairy glade in the woods at night.

The Green Gathering is a lovely festival where people participate, not just get entertained and is back in August 2017- go!