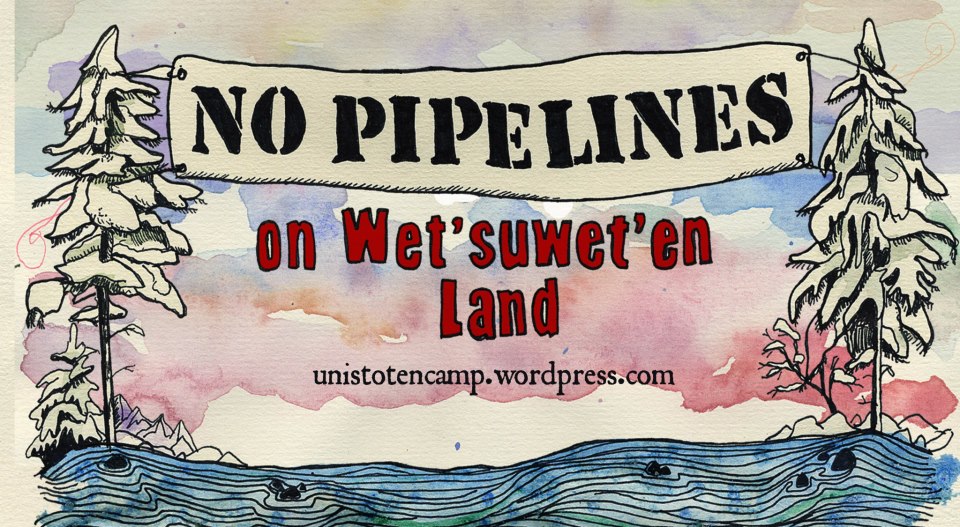 Since 2009, the Unist’ot’en clan have occupied a camp that is blocking several pipeline projects on Wet’suwet’en land in British Columbia.

Lead by Freda Huson, they are a non violent movement who are occupying the Unistotens unceded territory. The clan has had a checkpoint ,known as the Unistoten camp for almost a decade which has been preventing the pipeline crews and mining companies from entering the land (which they call the “yintah- a Wet’suwet’en word meaning the land, the air, and all beings) as they do not have permission from the clan mother, Freda Huson. As the land is unceded, any corporation, company or police force has no authority on the land.

The Unist’ot’en, also known as “big frog clan” are the original Wet’suwet’en and are distinct to the lands of the Wet’suwet’en territories. In recent years they have been taking action to protect the land from companies such as “Lions Gate Metals” (a metal mining company based in Vancouver) and projects such as the Tar Sands Gigaproject (seven proposed pipelines), and numerous fracturing projects in the Peace river region. Freda Huson was chosen by the clans hereditary chiefs as their spokesperson, a guide and a teacher within the movement to help prevent pipelines and companies entering the territory. Today she lives on the land permanently.
The camp is located at the shore of the Wedzin Kwah and mouth of the Gosnell Creek, tributaries of the Skeena, Buckley and Babine rivers. The proposed pipelines from Enbridge Northern gateway and Pacific trails both seek to cross the rivers at the exact point where the occupation cabin is built.