BFoE Campaigners Lobby MPs to do more on Climate 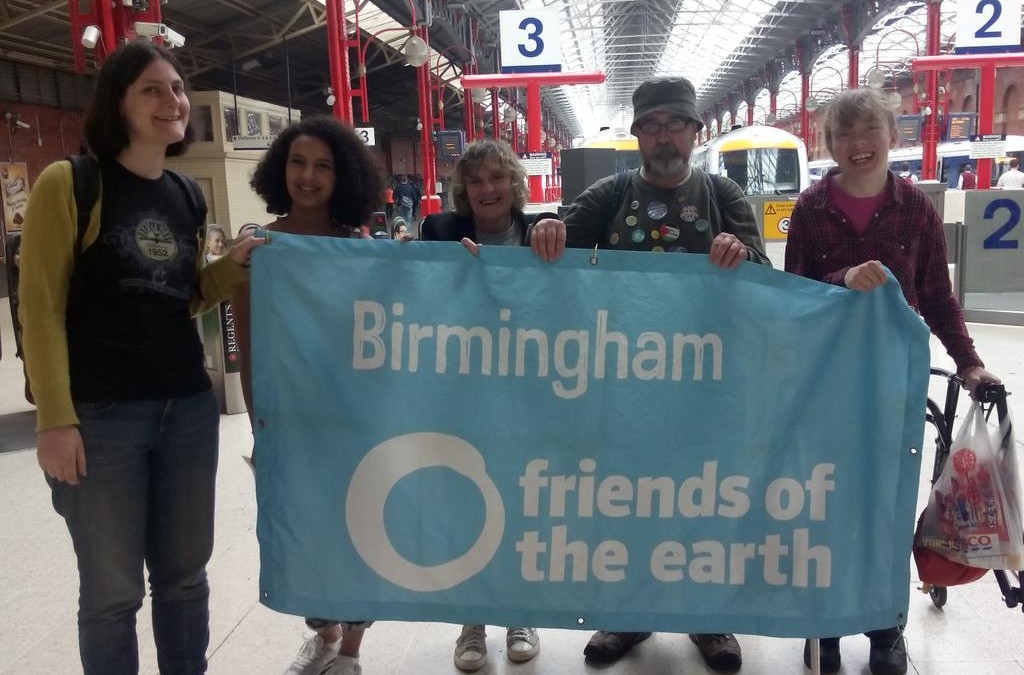 Campaigners from Birmingham and West Bromwich were amongst 9,000 people who travelled to Westminster to lobby over 300 MPs for the “Speak Up for the Love Of” lobby on Wednesday 17th June 2015, the UK’s biggest ever climate lobby.

A total of 8 out of 10 Birmingham MPs were lobbied on the day by campaigners from different organisations, including Friends of the Earth, Christian Aid, RSPB along with many more.

Campaigners challenged their MPs to act on climate change including asks such as a complete ban on fracking and to create an almost carbon-free power system by 2030.

After the many meetings constituents had with their MPs, the lobby ended with a rally consisting of speakers Asad Rehman, comedian Arthur Smith, Olympic rower Andy Hodge and music from the indie band Stornoway.

“The government are not taking climate change seriously enough – it is an urgent issue which needs to be acted upon immediately.

“Countries who have contributed the least to climate change are those who are suffering the most from its effects. The UK along with other developed countries who are contibuting the most, need to come together to act on the consequences.

“A particular issue I pushed Tom Watson to act on was to support a strong Solar Schools Action Plan so all schools can go solar. This is a big step in order to achieve a carbon-free power system by 2030.

“Watson was supportive idea, mentioning his two children as a part of why he cares about climate change. He also seemed enthusiastic about other renewable energy sources.

“Overall it was a successul day, urging MPs to think more about climate change, especially now in the run up to the Paris conference on climate change in December.”