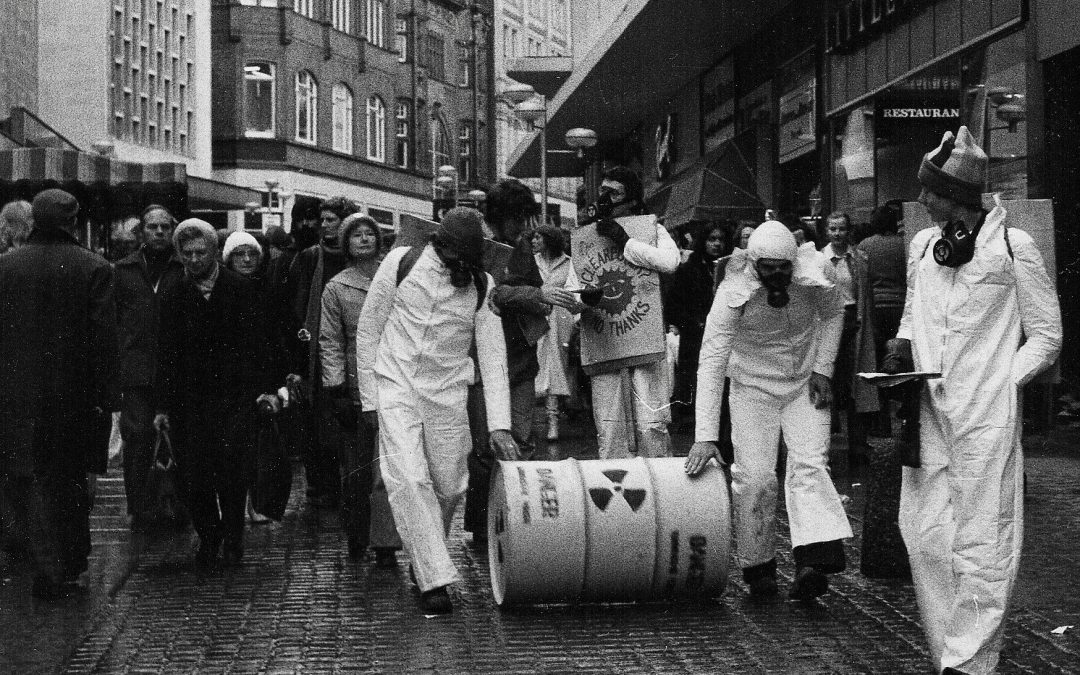 We had two sessions in October having a brief overview of the existing BFoE archives held at the Library of Birmingham. One of the sessions was exceedingly brief as there had been an unexpected and somewhat chaotic evacuation of the building just as we were heading up to Level Four!

But we were able to spend some time catching up with Val Stevens on one of her rare forays back to Birmingham which she left 24 years ago! Val was one of the founder members of BFoE back in the early 1970s and is still very much involved with environmental and population issues over 40 years later. Graham Lennard reminded her that she had been responsible for his involvement with BFoE after he’d popped into the Warehouse in 1983 to see what went on there – she’d grabbed him and got him putting up shelving and so began his long association with the organisation.

BFoE Heritage Project There is a variety of material within the archive collections (& more to be added from material still held by BFoE and donations received during the course of this project) and there was much discussion about how we use it to tell the story of the organisation from its inception. What are we looking for and how are we going to mine the archive to give us the answers to our questions?

Following these discussions, these are the areas that we have decided to focus on:

Timeline & Infographics
A timeline was included in a 1980 newsletter featuring 3 years at the Warehouse & this could be extended to include key events in the following years.

Campaigns: Then & Now
What were the key issues in the 70s & 80s? Successes & Failures? Global, national & local?

Practical Projects
From its inception BFoE set up practical projects using volunteers or paid staff eg Home Insulation Project,Paper Recycling Project. How successful were these – and why/when did they come to an end?

Ways of Working: Then & Now
Looking at the early material it is clear that co-operative principles and non-hierarchical ways of working were very important. How did this impact on BFoE’s activities and campaigning?
Don’t forget you can follow our progress and contribute via our social media:
https://wordpress.com/post/bfoeheritage40.wordpress.com
https://www.facebook.com/bfoe.heritage.5
https://twitter.com/BFoEHeritage40