Birmingham Keeps up the Pressure Against TTIP 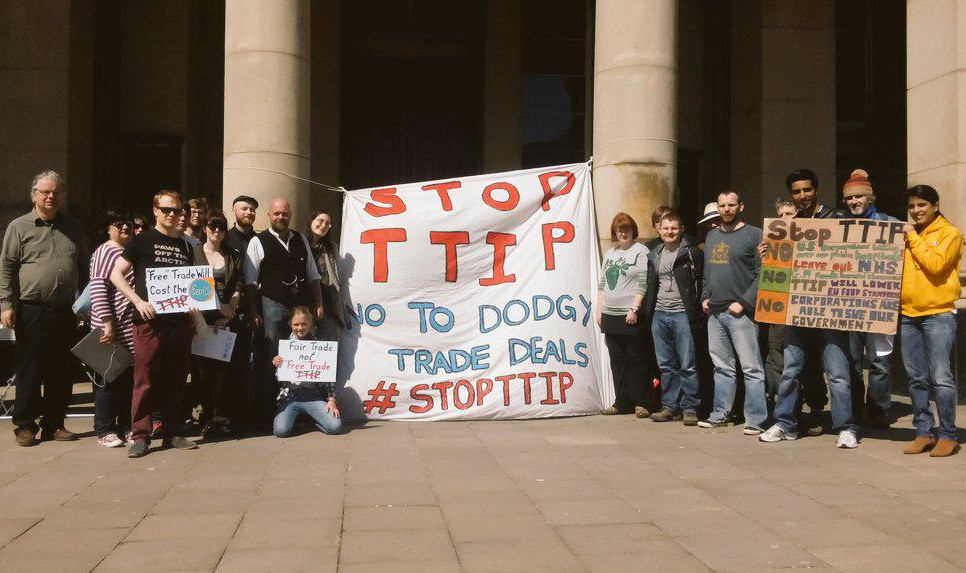 On Saturday 18th of April Birmingham Friends of The Earth and other local campaigning groups including Birmingham & Black Country Greenpeace and anti cuts campaigniners staged a mini protest in Victoria square against ‘free trade agreement’ the Transatlantic Trade and Investment Partnership (TTIP). 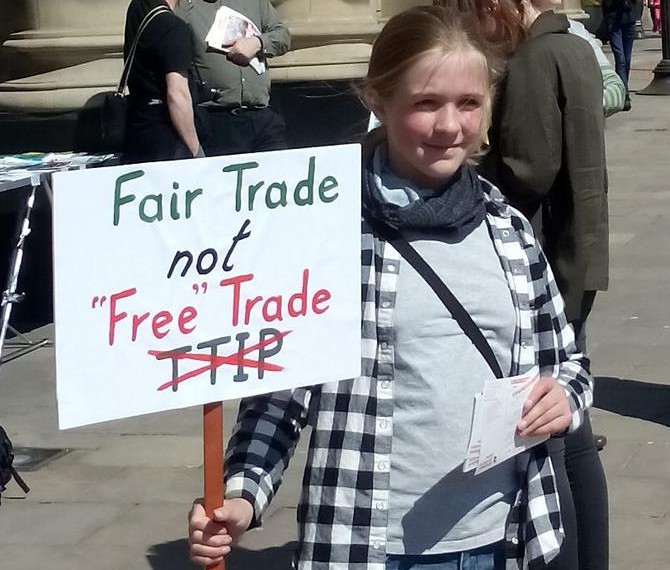 This formed Birmingham’s part in a Global Day of Action that saw cities from across Europe saying no to TTIP. Hundereds of Demonstartions took place across the weekend from London to Barcelona and tens of thousands marched in Germany alone.

TTIP threatens our NHS, our public services, our health and safety protections and, through decisions made in secret international courts, our democracy itself. According to the Huffington Post, the UK Trade Minister Lord Livingston has admitted that talks about the NHS were still on the table.

TTIP includes Investor State Dispute Settlement, a provision giving companies the ability to sue governments for any regulations or interventions which damage their profits, making it much more difficult for governments to take meaningful action on climate. TTIP could also mean the EU accepting imports of Tar Sands oil and Shale Gas.

We received widespread support from members of the public. This included festival goers at the annual Vaisakhi festival that was also taking place in Victoria Square on Saturday and festival’s mascot Singh the Lion. 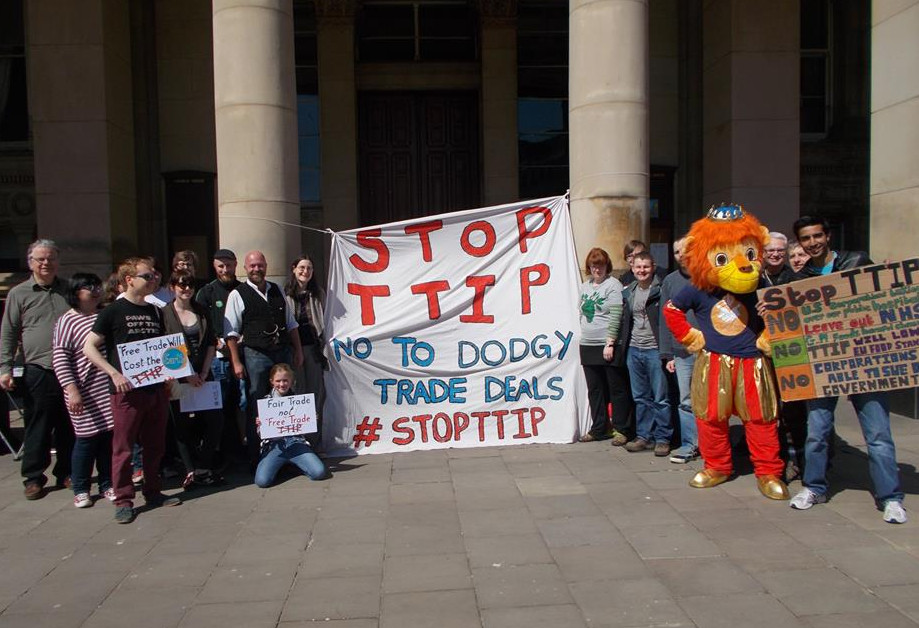 As well as posing for a photo action we also gained over 100 signatures against the deal from members of the public. Over 1.6 million people have already signed this petition to the European Union calling on them to scrap negotiations on the Transatlantic Trade and Investment Partnership.

“This deal could affect our environment, public services and the local economy here in Birmingham. It weakens our government’s ability to act and is not in the interests of people or the planet. Our local MPs cant afford to sit on the fence on this and whoever is elected in May needs to commit to voting against this dodgy deal.”