Have your say on the proposed Clean Air Zone 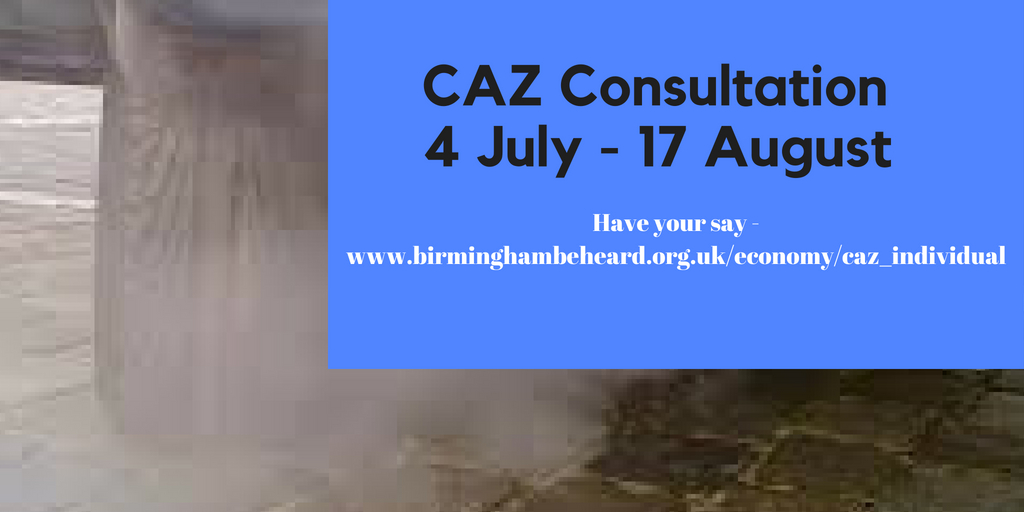 Have your say on the proposed Clean Air Zone

You may be aware that Birmingham City Council are currently asking for everyone’s views on introducing a Clean Air Zone (CAZ) by 2020. Air pollution levels now exceed the legal limits in a number of locations in the city, particularly within or near the area bounded by the Middleway (inner ring road) and this will only get worse if nothing is done. This is damaging people’s health. The CAZ is seen as necessary to reduce air pollution to below legal limits.

How will the CAZ work?
To tackle the problem of air pollution, the most polluting vehicles which enter the area bounded by the Middleway will be charged. This will apply to all types of vehicle including cars which do not meet the engine standards.

Have your say!
We think it’s very important that as many people as possible have their say.

More information on the CAZ and how to respond can be found on the Birmingham City Council website:

Beyond 2020 more ambitious proposals are planned such as metro extensions and reopened railway stations.

A stick and carrot approach

We believe that the city council’s consultation focuses too much on the ‘stick’ of the charging zone and does not pay enough attention to the additional measures or ‘carrots’which will be essential to reduce air pollution.

Birmingham Friends of the earth have identified five big asks as follows:

The result will also mean less congestion and quicker journeys for all!