Steps to close the Tyseley Incinerator 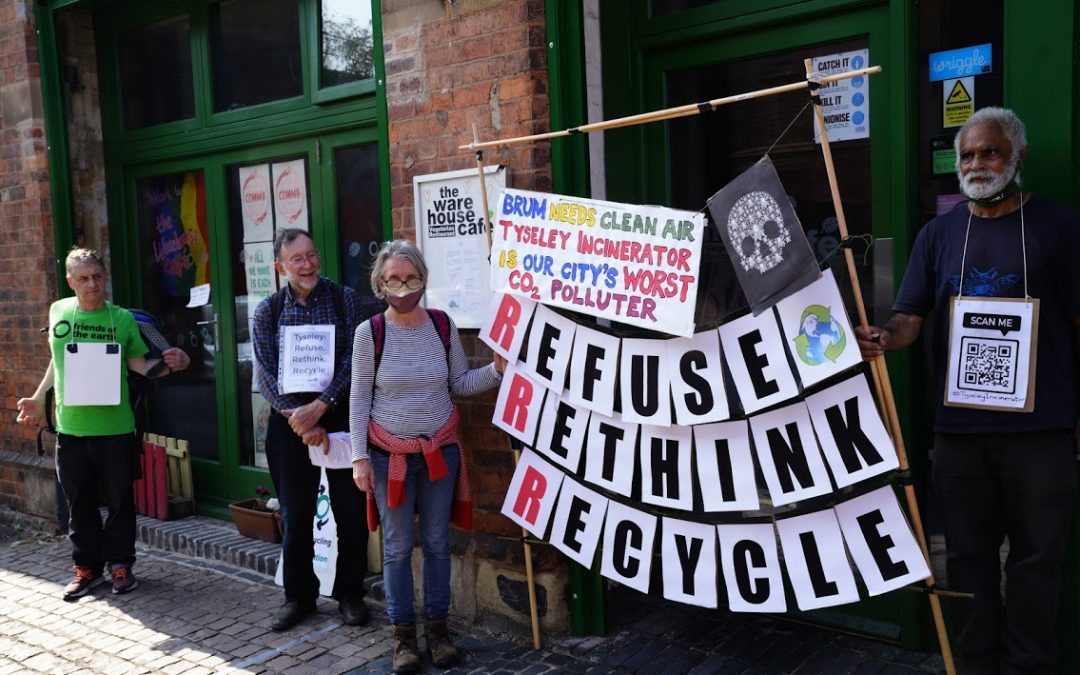 A Walk took place on 21 September to the incinerator that burns our rubbish at Tyseley. It was supported by BFOE, Jai Jigit UK, CANWM, Footsteps, and the Peace Hub. We had written to all city councillors saying we are concerned that a new contract to run the incineration plant, which emitted 308,485 tonnes CO2 in 2019, could be signed committing on to 2034 at least.

At the plant itself, another group of reps from the organisations gathered at the gate, and met their security staff (!). Youth Climate Action Strikers who were in school, sent a videoed message. This is part of a much wider debate about whether we can have mass incineration of municipal rubbish in a Climate Emergency. Is the plant a “stranded asset”” ?

Replies came from the Cabinet member, saying they are putting in place a carbon mitigation aspect to waste procurement. At the Council house Cllr Rob Pocock told us that an 18 month period of dialogue with waste industry has begun, so nothing is going to be signed imminently and there should be a chance to input from ordinary councillors, community and environment groups. The chair of Sustainability Scrutiny has invited reps of the above allied organisations to attend their next meeting about the Route to Zero Carbon plan, which the Council has committed to develop by the end of December. There is also consultation on the council’s Air Quality Action Plan. BFOE and its allies will be pushing for a post incineration waste system to be realised as soon as possible. 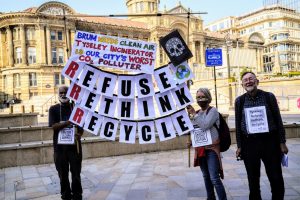