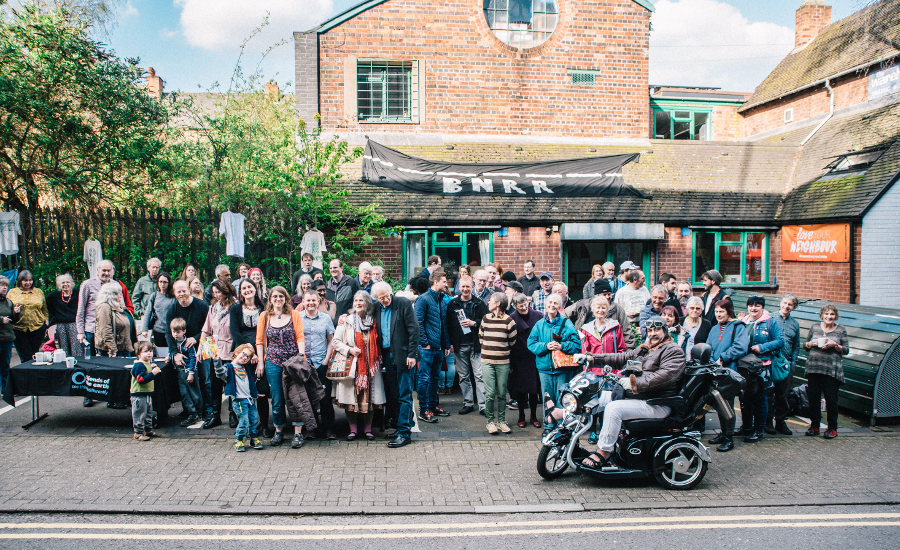 Since the last newsletter the building project has been moving towards its conclusion. It was a great moment to be able to invite Margaret and Jodie in to officially open the new lift back in April and I know the cafe and their customers have been enjoying making use of the new doors and windows that open straight on to Allison Street.

The new meeting rooms have also had their first paying customers (depsite not being completely finished yet) in the form of a group of sustainable construction students from Birmingham City University, the Birmingham Film Co-op and a group of staff from Friends of the Earth England, Wales & Northern Ireland.

Behind the scenes Ben, Rox and a varying team of volunteers have spent many wekends painting the newly refurbished spaces – and there’s still more to! If you would like to help, please email ben@birminghamfoe.org.uk

As you know, the primary purpose of the Warehouse is to support Birmingham Friends of the Earth and its campaigns activites. We are particularly excited about hosting the launch of “Home Matters”, our climate reguee art exhibition on Saturday 9th June and our AGM on Monday 11th June.

None of this work would have been possible without our members and supporters and their investment in our community share offer last year – so thank you and we look forward to seeing many of you in the coming weeks. We also have an open afternoon from 4pm onwards on the 11th June ahead of the AGM.