We are proud supporters of the CEE Bill 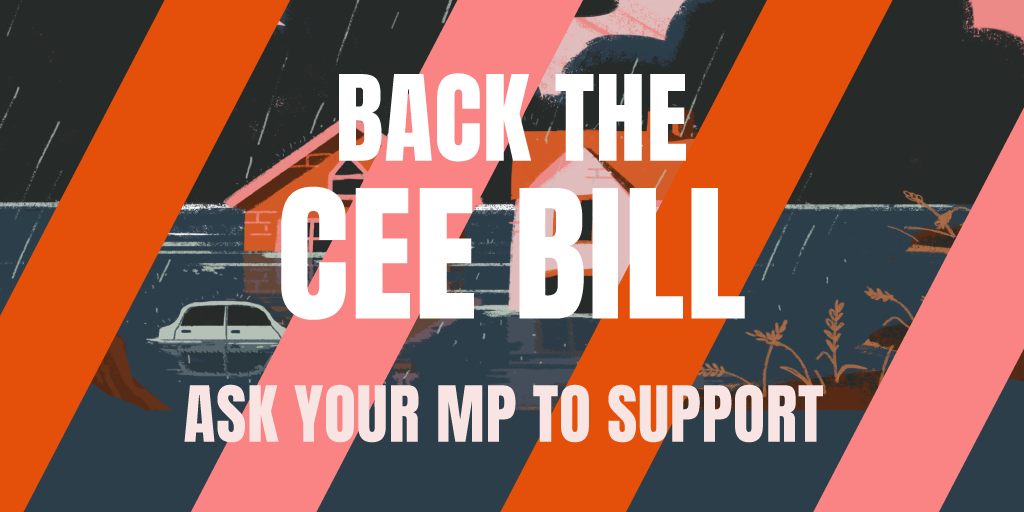 We are proud to be supporting the Climate and Ecological Emergency (CEE) Bill. The campaign group behind the Bill is Zero Hour. The bill was initially developed in collaboration with members of the Big Ask Campaign (a Friends of the Earth initiative which led to the Climate Change Act 2008), Power for People, scientists, lawyers and academics.

What is the CEE Bill?
The CEE Bill is a Private Member’s Bill that was first presented by Caroline Lucas MP and supporting MPs from seven political parties to the UK Parliament in September 2020. Since then the Bill has gained the support of over 140 MPs (including some Birmingham MPs) and Peers, many local councils (but not Birmingham City Council at the time of writing this article) hundreds of organisations and businesses as well as individuals.

In June 2021 the Bill was updated and introduced to Parliament. You can read the updated Bill HERE.

Get involved
Some of the ways you can support the campaign are: