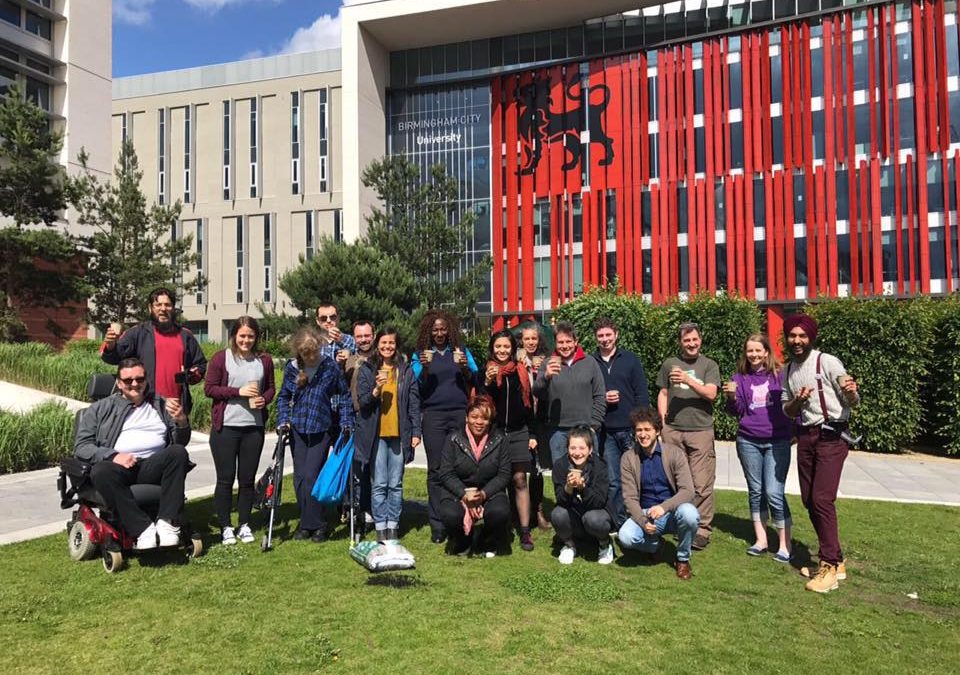 It was a group of tired campaigners that met in the Curzon Building at Birmingham Central University on Saturday morning,10th June. The week that had passed had seen a terrorist attack in London and a General Election, which result showed uncertainty. The uncertain world we live in mirrored the mood in the room we were in. Few of us knew what to expect from this course. Including, will I be able to use the tools from the course to organise and create positive change in the society through campaigning?

I’d like to think so, perhaps a little ambitious, but it is in uncertain times that we need to be able to organise and campaign for a better and fairer world. The first day of the course we discussed active listening, 1 to 1s and told our stories. Stories that were all different and from all over the world. We questioned ourselves about how we had ended up in that room that we were in and what our motivations were. In groups we went on to creating our own little campaigns picking our issue and then adding aims, smart objectives, thinking about our targets, audience and actions needed. I left that day feeling more positive and motivated.

The next day we continued by brushing up our negotiating skills through role-play as we tried our hand at negotiating for a detention centre for refugees to close. Then we continued on thinking about power and privilege in the world, as well as the importance of self-care, making sure that we as campaigners do not burn out. It was two thought provoking days and if I felt tired at the start of the weekend I definitely felt more energised at the end.

At the end of the second day we planted seeds, literally, but we had also got plenty of little seeds planted in our minds about organising campaigns, about who we are and friendship.