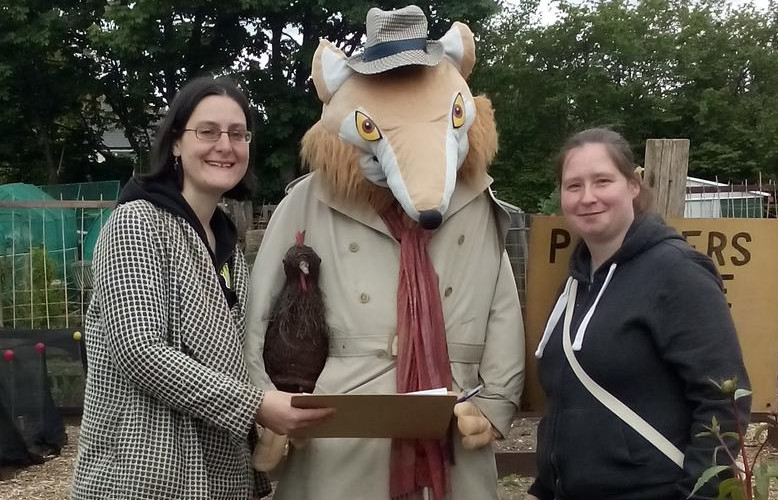 Greetings and welcome to your latest Campaigns Digest! With summer arriving the weather’s hotting up, and so is our campaigning! We’ve had a busy few months as we get stuck into some of our new priority campaigns, as well responding to some consultations, and lobbying our MPs on the climate.

Economy
Plans are continuing afoot for a Birmingham Pound, with the main organisers getting stuck into some detailed research. Our campaigner Adam McCusker has been attending the steering group meeting to keep us updated, so stay tuned for more news on this going forward.

Energy & Climate Change
After attending the Time to Act demo back in March, BfoE campaigners followed this up by taking part in the “Speak Up For the love of” Climate Lobby on 17th June. We lobbied five MPs from Birmingham & West Bromwich in what was a really successful day all round. Have a read of Safiya Saleh’s article to find out more!

Nature
We’re getting stuck into some nature work as part of our Nature Everywhere campaign, with our One Pot Pledge competition. Check out our website for more details. We also had our first small event in early May with some guerrilla gardening and seed bombing around Digbeth. Keep an eye out for details of forthcoming nature events via social media and the Birmingham FoE website.

Planning
Back in 2013, Birmingham City Council decided to move the Wholesale Markets from their current location out to Witton. They have recently been consulting on how this area should be developed once the markets are moved. We responded, supporting the positive aspects of their plans, such as pedestrianisation, while also pointing out the dangers of gentrification and making this area identical to every other part of the city centre. We also feel the remaining retail markets should be made into the centrepiece and the area should retain its current feel.

Transport
It’s been a little quiet on the transport front over the past few months. However, a presentation from a representative from the West Midlands Integrated Transport Authority (ITA) gave some encouraging news that the long-awaited re-opening of stations on the South Birmingham line through Moseley and Kings Heath may happen by 2026. The ITA will be consulting on its transport strategy over the summer. You can be sure that BfoE will be responding to this, and pushing to make sure any opportunities to re-open the South Birmingham line is taken advantage of.

Waste
Our Waste isn’t Rubbish campaign is now in full swing. We’ve had several stalls garnering support for our campaign petition. We had our first media appearance for the campaign courtesy of BBC Radio WM – see In the Media for details of how this went. Campaigners took part in the Birmingham Climathon, developing our ideas for a zero waste city – have a read of the main article for more details about this. If all that wasn’t enough, we formally launched our campaign with a great stunt outside the Town Hall. Phew!

As always, if you’re been inspired to get involved with any of our campaigns, please get in touch, details on our contact page.