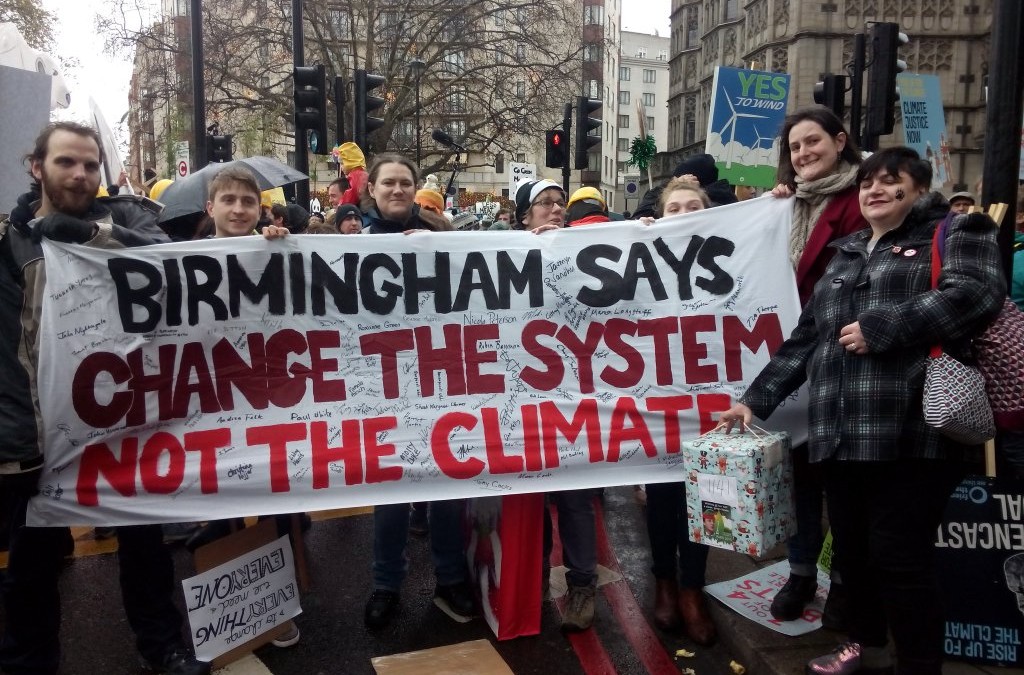 On Sunday the 29th November, people across the world marched, marking the eve of the climate conference to call for strong climate deals in Paris. 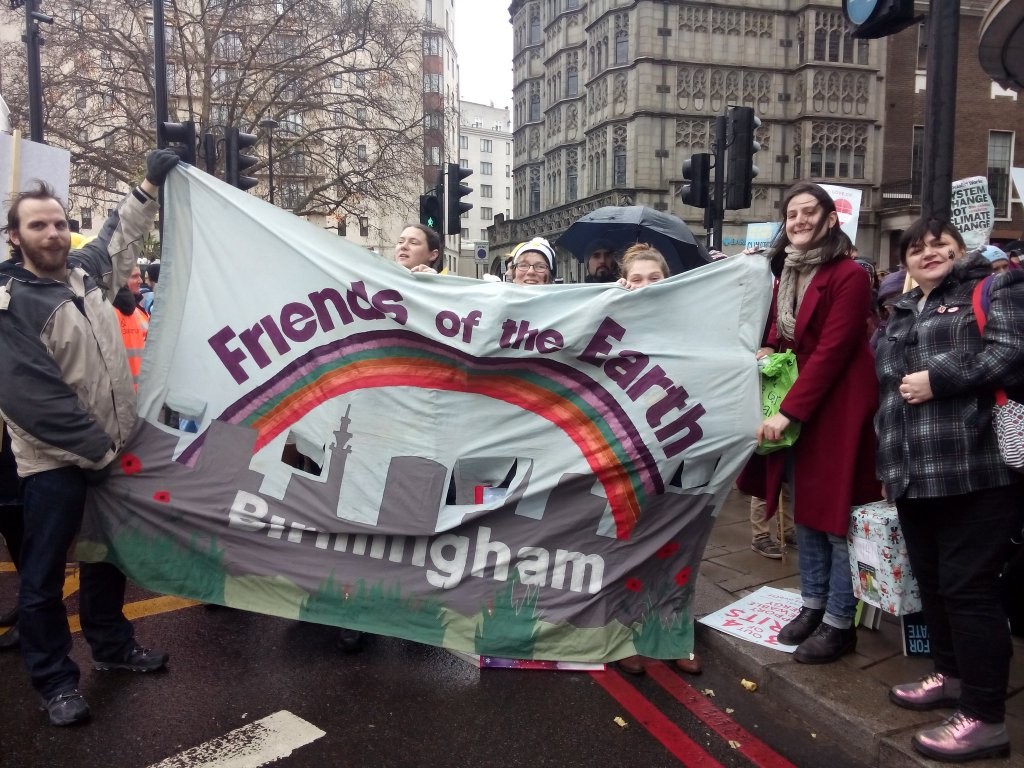 A small part of the 50,000 who descended through the streets of London were Birmingham FoE campaigners, carrying placards and banners which held messages, slogans, and the signatures of other Birmingham citizens from across the city who were unable to attend.Our banner read “Birmingham Says Change the System not the Climate”, and attracted a lot of interest and attention throughout the march. 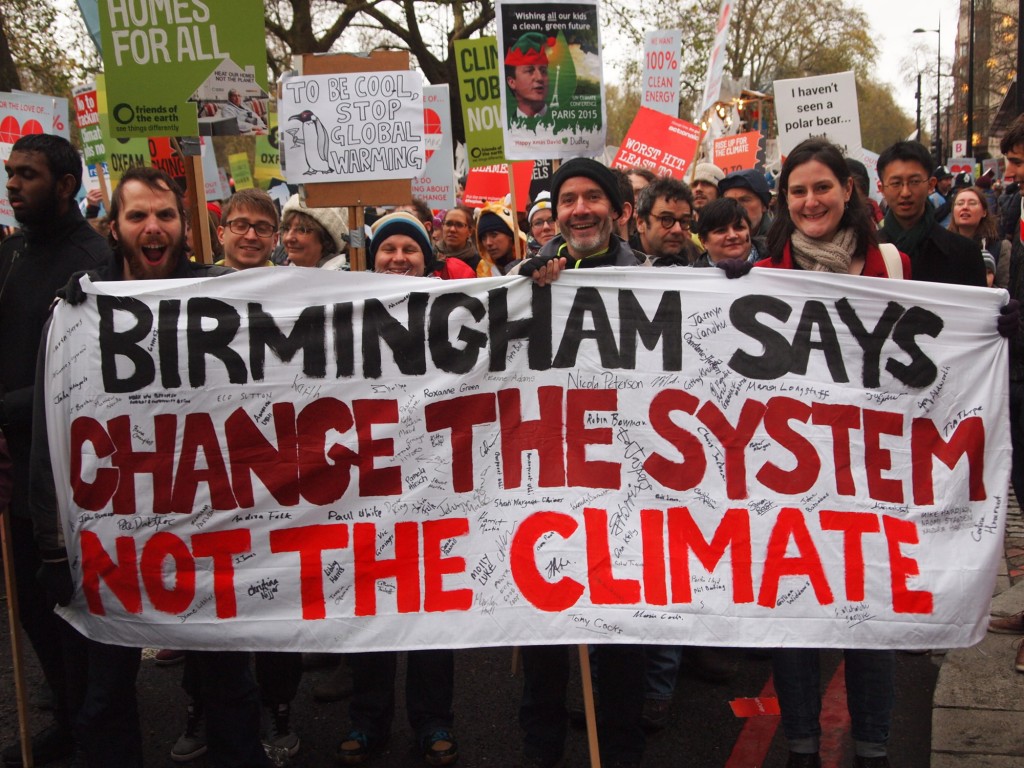 Over 1500 people across the West Midlands had also signed Christmas for Cameron which called for strong climate action; these were later posted to Downing Street on giant Christmas cards addressed to David Cameron. 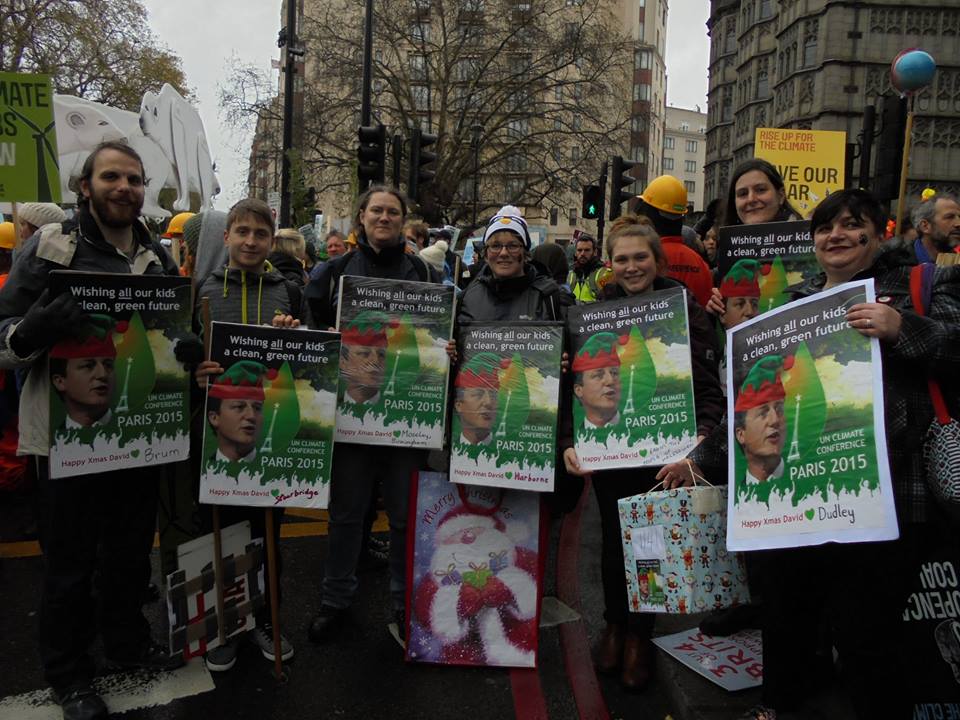 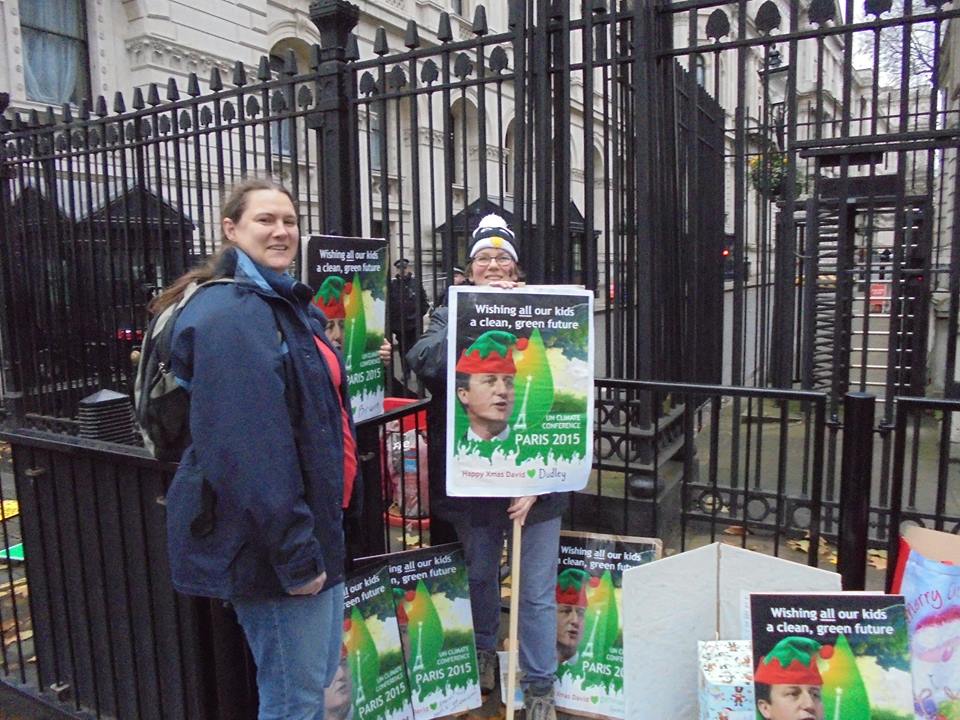 The event began and ended with speeches, poetry and song from some well-known figures (including Vivienne Westwood, Charlotte Church, Caroline Lucas and Jeremy Corbyn), but the consistent strength of the throng throughout the day showed that people had not turned up solely for the celebs.

As a first-time marcher, I was initially nervous about the size of the crowd (and the weight of my placard), but it was a peaceful, cheerful event and everyone was having a great time. We marched from Park Lane onto the Houses of Parliament, and even with strong winds and light showers the enthusiasm behind the cause was immense.

The support for a shift from fossil fuels to renewables is evident globally, and is only growing with people’s awareness of climate issues. Having now experienced my first ever march, I am confident in saying that it will definitely not have been my last. In the area immediately around our small group there were representatives for WWF, Greenpeace, Tearfund, The Salvation Army, Tearfund, Oxfam, and The Woodland Trust, as well as many not officially associated with any particular group.

There were families, dogs, friends and strangers – people marched in London with placards representing a huge variety of worldviews, backgrounds and beliefs, but the common purpose and unity was clear to hear and see; hopefully the politicians locked in discussion across the channel will listen. And if they don’t, we’ll keep on mobilising, and taking action.