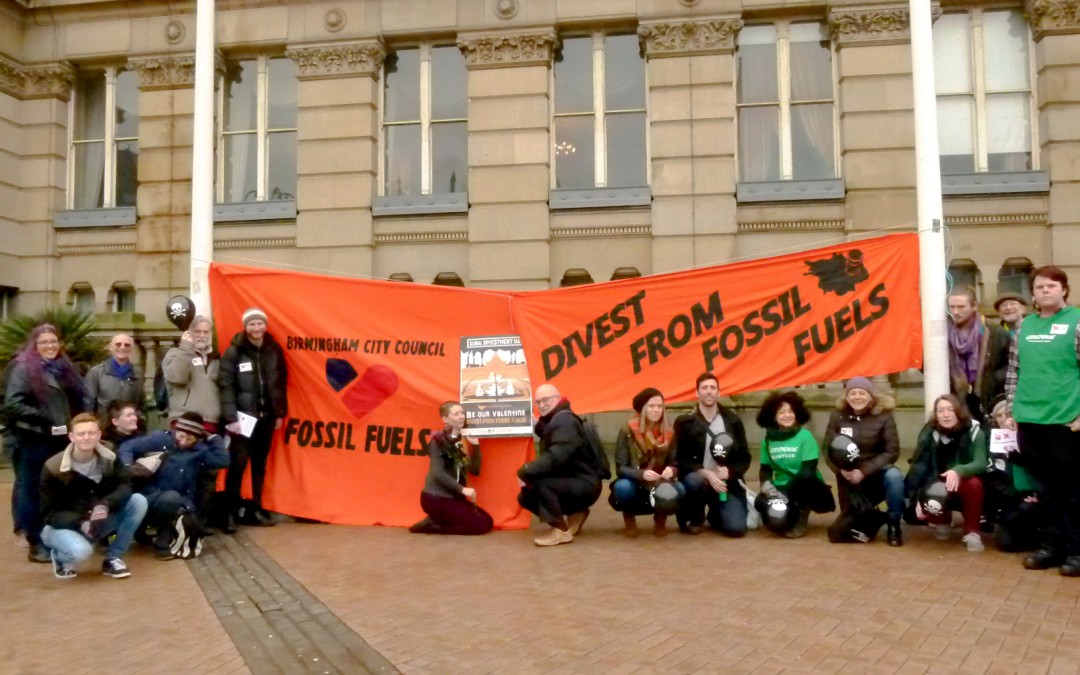 If it is wrong to wreck the climate, then it is wrong to profit from that wreckage. Our local West Midlands councils need to show they are serious about tackling climate change by divesting from the fossil fuels that are causing the problem.

Join Birmingham Friends of the Earth and our allies in Divest West Midlands as we have a Funeral for Fossil Fuel Investments as part of the Reclaim Power Day of Action, against dirty energy.

Starting at 2pm outside Waterstones on High Street, the funeral will be marching up New Street, and culminating in a ceremony in Victoria Square to bury Fossil Fuel Investments.