The Ups and Downs of November 2016 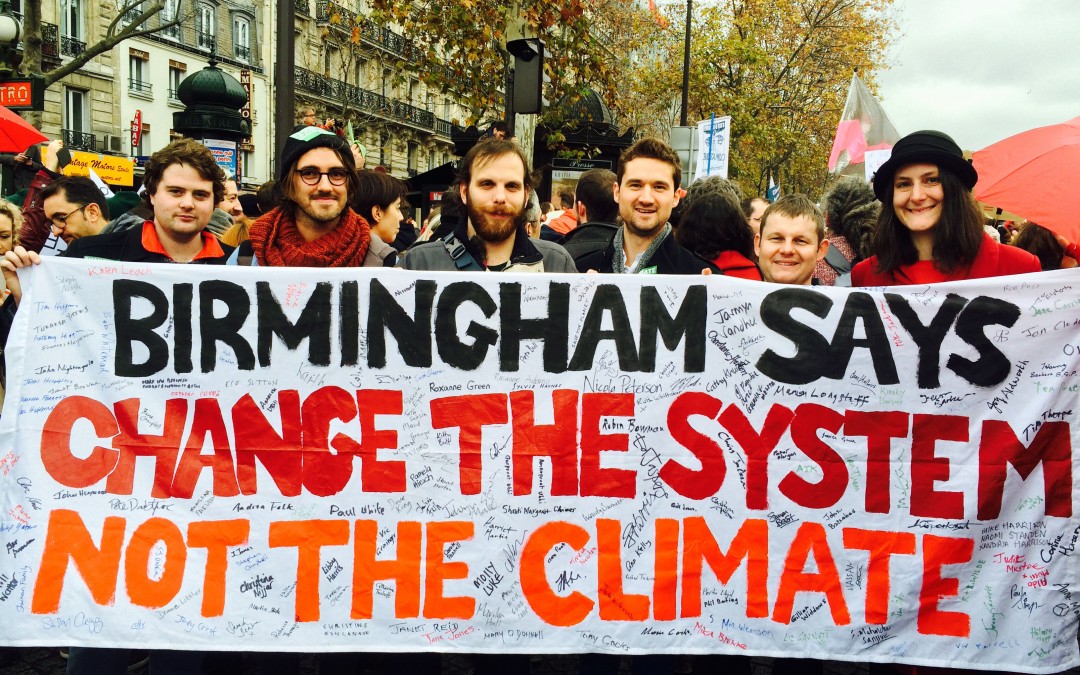 As we are are fast approaching Christmas and the New Year it is safe to say that November left us with many emotions. November 2016 might go down in climate change history as the starting point of either disaster or success. It was a month that held climate talks, when the Paris Agreement went into force, UK ratified the agreement and a climate denier was elected President of the United States, the world’s second largest polluter of greenhouse gases. It was also the month where activists opposing the Dakota Access Pipeline clashed with police. As well as reports of air temperatures in the Arctic being 20C warmer than usual and the sea is 4C warmer. Much of the above are bad news for the climate. We don’t know how bad yet, but we know we need to act fast and that there are good news as well.

After long and hard negotiations in Paris last year, 197 states adopted the Paris Agreement. Many were relieved that, after over 20 years of climate talks, the first ever legally binding climate deal was adopted. The Agreement also set out a global ambition to keep temperatures from increasing to well below 2 degrees celsius of pre-industrial levels, an ambition that was welcomed.

After more than 55 countries representing 55% of the global emissions had ratified The Agreement on 5 October 2016. It came into force less than a year after it was adopted. This was fast, especially if you compare the Paris Agreement with its predecessor, the Kyoto Protocol, that took 8 years before it entered into force. The Agreement officially entered into force on the 4th of November. Only days before the COP22 in Marrakech, known beforehand as the “implementation” COP.

So what happened in Marrakech? Perhaps not as much as some had hoped. However, both UK and Australia ratified the Agreement during the meeting. Some other notable things came out of the COP22. On the same day as Trump was elected the next US president, the World Meteorological Organisation delivered a presentation in Marrakech that the past five years have been the hottest ever recorded. Yet it was the President-elect Trump that dominated the news and many feared (and still fear) that he might pull out of the Paris Agreement or ignore the contribution that the US set out to make towards it. But in Marrakech world leaders, especially China, pledged to continue their intention to decrease emissions of CO2 should the US pull out of the agreement in the future. This is good news and some say that China is now taking on a global leader role of climate change mitigation.

The Paris Agreement as it currently stands won’t single handedly save the world and the way forward over the next couple of years are crucial for climate action. A global stock take will take place in 2018 to review the NDCs (Nationally Determined Contributions) to see if they are in line with the well below 2C goal set out in the Paris Agreement. Civil Society need to mobilise their efforts to make sure states across the world strengthen their NDCs in 2018 and that they implement them as soon as possible. Members of Civil Society need to hold our government officials accountable but also need to work with them. This is possible if we do it together.

November 2016 was a month that the climate movement will remember. The good thing that came out of November was the uniting force that brought us closer to each other with a clearer mission: we need to make sure fossil fuels stays where they belong, in the ground. So let’s get to work!