This Changes Everything – a review 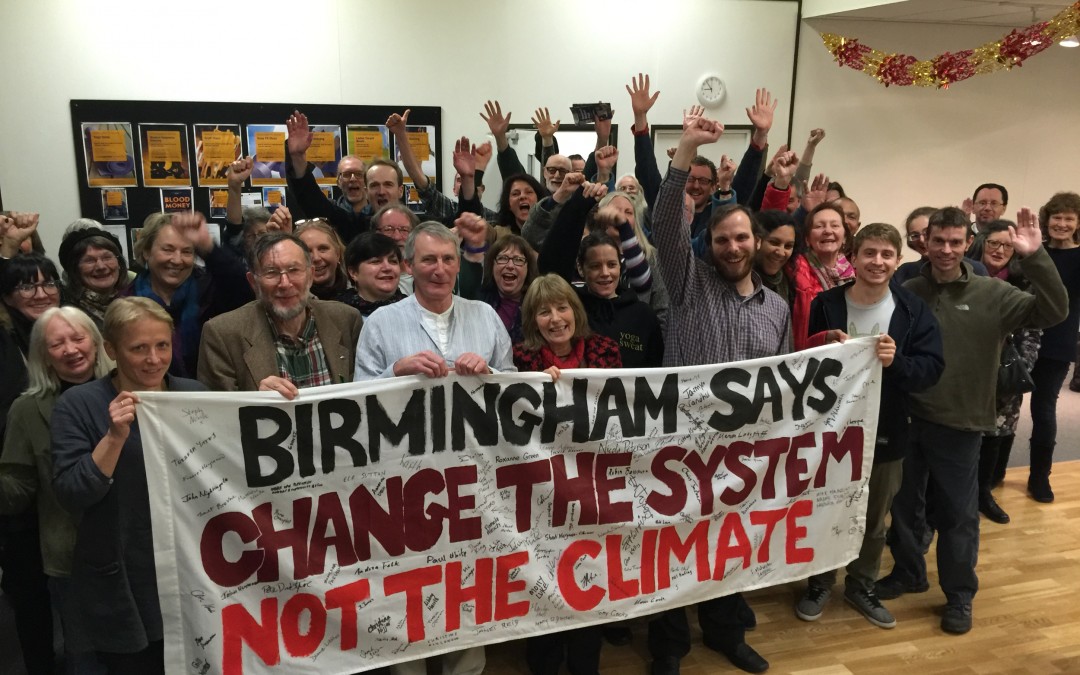 Thursday 10th December was a special day, being the Birmingham premiere of the Naomi Klein film This Changes Everything.

We’ve wanted to show this film for a couple months, so were over the moon when Birmingham Cooperative Film Society members chose the film for their December screening. The timing was perfect, the day before the (scheduled!) end of the climate talks and before we were travelling out to Paris for the mobilisations.

The film, by best-selling author of No Logo, Shock Doctrine and the This Changes Everything book, asks what if confronting the climate crisis was the best opportunity we have for a better world? Shot over 211 days in 9 countries, it shows seven powerful portraits of communities on the front line of tackling a changing climate. Interwoven within the film is a chance to transform our failed economic system into something radically better.

Lots of promotion before the event meant a record-breaking attendance for the Film Coop of 68 people, with the room pretty much full for a 7pm start. The film was as fantastically inspiring as hoped, with a spotlight shone on communities fighting frontline climate battles in Greece, Canada, China and India, Their actions and successes were an inspiration that we can fight this and tackle the climate crisis and bring about the better world that we all want to see.

After the film, we showcased our own environmental movement by organising quick-fire presentations from campaigners involved in various groups and projects across the West Midlands.
We then got a fantastic solidarity picture with attendees – “Birmingham Says Change the System not the Climate” – and encouraged people to sign it before I took it to Paris the next day.

As I listened to representatives of the eight groups or networks we showcased, and watched as people enthusiastically signed the banner, I was reminded how much the movement in the West Midlands has grown with the impetus of the Paris talks. I was also hopeful and reassured that campaigning would continue into next year on what was always a road through Paris, leaving me inspired and confident about our movement having a great 2016 in the West Midlands.