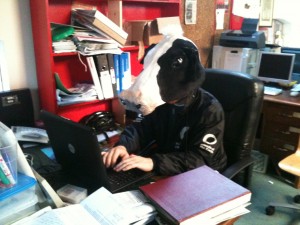 The global food industry is out of control. Big business is taking over how our food is produced and sold.

People think that cheap food is good, but the real costs are hidden. Increasing amounts of land, water and chemical inputs are needed to produce food at the expense of forests, greenhouse gas emissions and livelihoods. Animals producing meat and dairy in the UK are reared on feed containing imported soy, which is often GM. Most of this soy is grown in South America at the expense of rich natural habitats and the climate. Agriculture uses 70% of the fresh water used by humans, takes up 38% of the planet’s land and is responsible for up to 24% of global greenhouse gas emissions. We want to see better ways of farming and improvements in the way food gets to market. This includes sustainable farming that doesn’t exhaust the land, and cutting down on waste.

Supermarkets claim that they bring cheap food & jobs. But the reality is different…

Suppliers are exploited and the environment is damaged; supermarkets use their market dominance to exploit suppliers and farmers and drive down prices, thus ensuring that environmentally damaging practices are continued both in the UK and overseas. Money is siphoned away from local communities and towards shareholders and distant corporations. A Friends of the Earth study of local food schemes found that on average just over half of business turnover was returned to the local economy – compared to as little as five per cent for supermarkets.

Local jobs are lost; supermarket claims that new stores bring in jobs fail to consider the wider picture of independent retailer bankruptcies. A 1998 study by the National Retailer Planning Forum (NRPF) examining the employment impacts of 93 superstore openings between 1991 and 1994 found that they resulted in a net loss of more than 25,000 jobs or 276 per store opened. Food and packaging waste is generated; packaging now makes up nearly a quarter of household waste. A shocking 35-40 per cent of all household waste which ends up in landfill begins life as a purchase from one of the big five supermarkets.