Stand up to Racism and Climate Justice 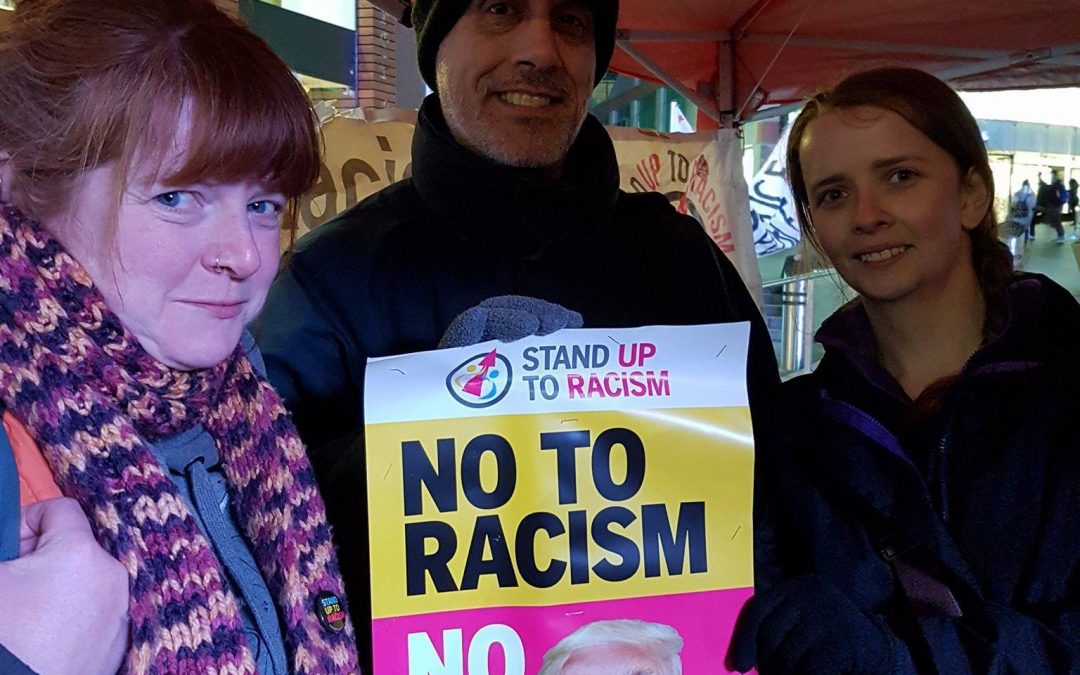 At the ‘Stand up to Racism’ conference in Birmingham on Saturday 2nd December the many parallels between racist viewpoints and policies and the causes of climate refugees were discussed.

Hundreds of millions of people in Syria, sub-Saharan Africa, Russia and South America are victims of huge racial injustice. Deeply entrenched racist viewpoints result in such people being treated as second-class citizens. Their basic human rights are violated on a daily basis, as climate change forces them to walk further and further for their buckets of polluted water to drink. Their nations’ oil, the burning of which is, of course, one of the main drivers of climate change, is stolen by the “powers that be,” for gross profit. As a result, the rich-poor divide widens and the less powerful become powerless.

The above enables these corrupt:

to capitalise to the tune of $billions. This results in increased division between racial groups and nations and the polarisation of the rich and the poor (the greedy and the needy). There is an utter disregard towards racial groups on the front-line of climate change. Indeed, the vested interests in preserving – and exacerbating – the environmental status quo is a huge barrier to climate justice.

Levels of social and racial division must be confronted. Societies must come together, campaign and act to combat the corruption and theft of resources, which plague our shared Earth. Of course, the key thing is education about these issues. This may inspire others to act in a more positive way, to effect real change for the better. We must reach out to all our broader communities to help more people to learn about these issues.

Some would say that Oxfam and other charities help people in crisis to cope with the effects of climate change, but this is not a solution. The problem needs to be averted before it has a chance to begin: by preventing this racist, crooked practice from destroying global society and the beautiful natural habitats of billions of animals, plants and humans.