Vigil for Suzzie used to spur Birmingham to take quicker action in making our roads safer for cyclists. 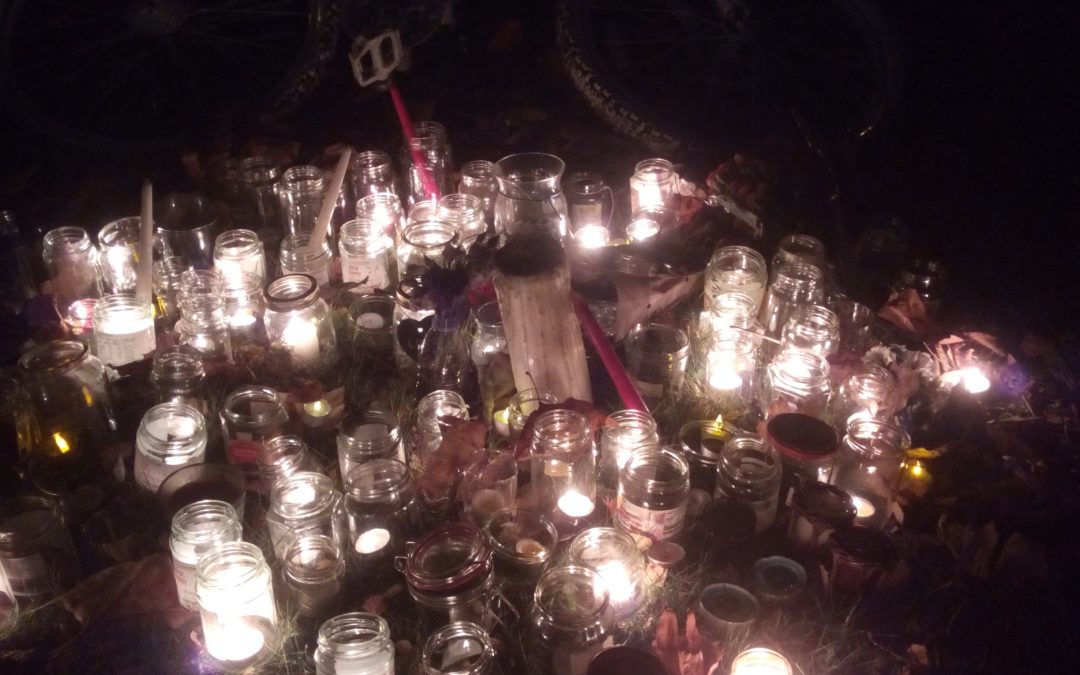 The 9th of October saw another Birmingham cyclist killed by a vehicle on Birmingham’s roads.

Suzanna (‘Suzzie’) Bull was a 32 year old doctor at the Children’s Hospital, and was hit by a lorry at the junction of Pershore Road and Edgbaston Road (1).

In the wake of this tragic incident, Birmingham cyclists gathered one week later, on Monday 16th, to commemorate Suzzie’s death, and to redouble calls for Birmingham to be made safer for cyclists. 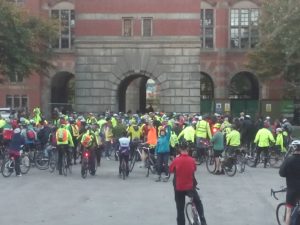 I joined over 100 riders who gathered at the clock tower of the University of Birmingham, and we proceeded slowly along the Pershore Road to a point close to where Suzzie died. Tributes were made and a minute’s silence was held, after which candles and a ‘ghost bike’ were laid at the spot. 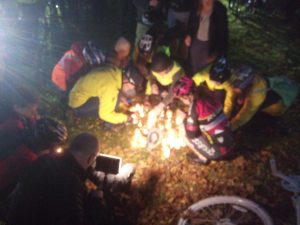 Speeches were also made in protest at Birmingham City Council’s (BCC) lacklustre efforts to make our roads safer. It was noted that, while £24million had been spent recently on the ‘Cycling Revolution’, the main outcomes from this were limited to canal towpath improvements and a big bike giveaway scheme – but with no substantial change to our roads, despite the promises made 5 years ago. In fairness to the Council, they had apparently intended to have improved two roads by now, but a legal challenge from residents has tragically slowed things down – and of course, some Councillors are actively hostile to cycling (2) – so BCC needs every bit of encouragement to act more quickly: Cycling in Brum will be much safer once motorists are kept out of the way of dedicated cycle lanes.

The vigil organisers are therefore calling on W Mids mayor, Andy Street, to hold BCC accountable, and to lobby his Conservative colleagues in the Westminster government for an immediate investment £20 per head of population, for road segregated cycling.

These events are very relevant to Birmingham Friends of the Earth’s current campaign for cleaner air: Getting more people out of their cars, and some of them onto bikes, will be essential in reducing the hundreds of early deaths in the city each year due to polluted air.

Sadly this is not the first ‘ghost bike’ vigil I have attended in Brum, and I doubt it will be the last – but if the emotion and determination of this evening is anything to go by, the Council will not be able to drag its heels forever – and adding your weight will help improvements to happen more quickly.